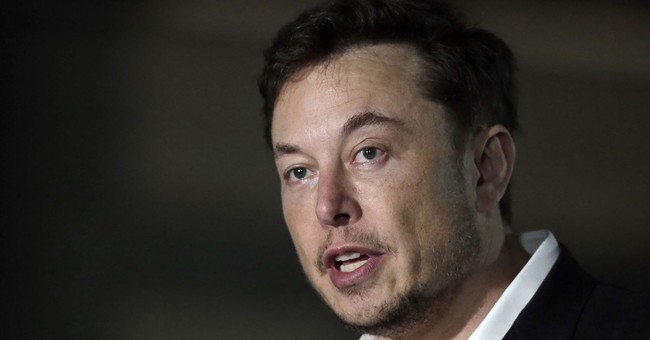 In an interview this week, Tesla and SpaceX founder Elon Musk said that wokeness “wants to make comedy illegal” and gives “cruel” people a reason to be hateful.

Musk made the remarks in a one hour and forty-minute interview with The Babylon Bee, where he discussed wokeness, Massachusetts Sen. Elizabeth Warren (D), the Metaverse, taxing the rich, and more with CEO Seth Dillon, Editor-In-Chief Kyle Mann, and Creative Director Ethan Nicolle.

“Generally, I think we should be aiming for, like, a positive society, and it should be okay to be humorous,” Musk said in the interview.

“Wokeness basically wants to make comedy illegal, which is not cool. I mean, [Dave] Chappelle? Like, what the f***? I mean, trying to shut down Chappelle? C’mon man. That’s crazy."

“Do we want a humorless society that is simply rife with condemnation and hate, basically?” Musk asked.

“And no forgiveness,” Dillon added.

“Yeah,” Musk nodded in agreement. “At its heart, wokeness is divisive, exclusionary, and hateful. It basically gives mean people a reason – it gives them a shield to be mean and cruel armoured in false virtue.”

Elon Musk @elonmusk: "Wokeness basically wants to make comedy illegal, which is not cool ... Do we want a humorless society that is simply rife with condemnation, and hate?" pic.twitter.com/2LYCaXAp5A

Earlier this month, as Spencer covered, Musk got into a Twitter spat with Warren after she accused him a “freeloading” after seeing that he was chosen as TIME Magazine’s Person of the Year.

Let’s change the rigged tax code so The Person of the Year will actually pay taxes and stop freeloading off everyone else. https://t.co/jqQxL9Run6

Musk responded in a series of tweets, calling Warren "Senator Karen" and told her to "stop projecting."

Please don’t call the manager on me, Senator Karen ??

Earlier this week, Musk informed his 67 million Twitter followers that he will be paying $11 billion in taxes this year.

For those wondering, I will pay over $11 billion in taxes this year