Gene Simmons: Unvaccinated People are ‘Delusional’ and ‘An Enemy’ 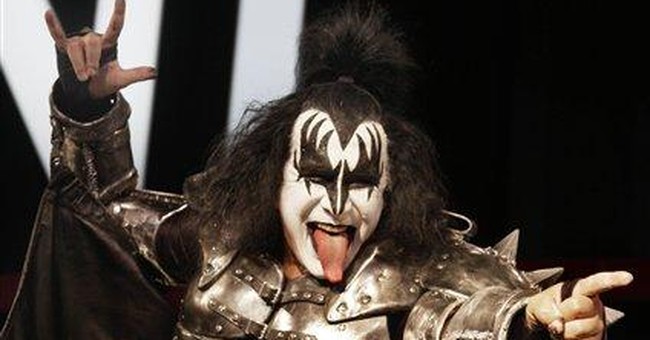 KISS frontman Gene Simmons said Wednesday that those who have not gotten the Wuhan coronavirus vaccine are "delusional," "evil," and an "enemy."

The remarks were made in an interview on TalkShopLive, where Simmons, 72, discussed that the band had canceled tour dates earlier this year when he and bandmate Paul Stanley tested positive for coronavirus despite being fully vaccinated. Another member of their touring crew, Fran Steuber, died from the virus.

"I don't care about your political beliefs, you are not allowed to infect anybody just because you think you've got rights that are delusional, of course," Simmons said in the interview. He pointed out that "the far left and the far right" are both "evil" as "they both spread all kinds of nonsense." He then stated that "politics are the enemy." But, Simmons, just like former California Gov. Arnold Schwarzennegger, insinuated that he doesn't believe that it's a person's right to decide if they want to get the vaccine or not.

"You don't have the right to go through a red light. Actually, the government has the right to tell you to stop. You have to put on a seatbelt. If they tell you you can't smoke in a building, you can't smoke in a building. And that's not because they want to take away your rights, it's because the rest of us hate it," he added. "We don't want to smell your smoke. I don't want to catch your disease. I don't want to risk my life just because you want to go through a red light."

"This whole idea, this delusional, evil idea that you get to do whatever you want and the rest of the world be damned is really terrible. We've got to identify those people and bring them out into the open so you know who they are. Know who your friends are by how much they care about you. That includes Covid," he said. "If you're willing to walk among us unvaccinated, you are an enemy."

To conclude, Simmons called out people who don't think the pandemic is serious.