ICYMI: Director Says He Will Not Shoot Upcoming Series in Texas Over Near-Total Abortion Ban 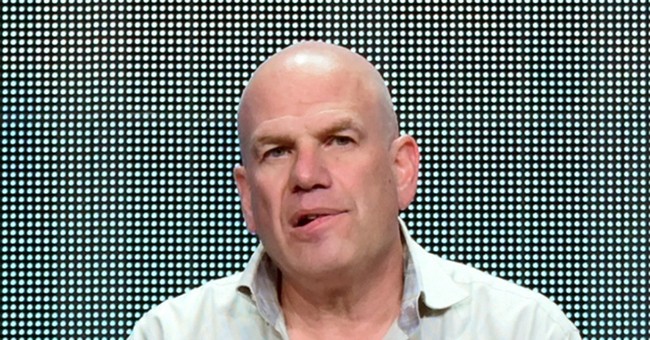 Recently, film director and producer David Simon said he will not film his upcoming HBO series in Texas, according to plan, because of the state’s newly-enacted law banning abortions after fetal heartbeat detection.

Simon, who wrote and produced “The Wire” had intended to film an upcoming HBO series in the Dallas/Fort Worth area before the law, S.B. 8, was enacted. Now, he claims he can’t ask his female staff and crew to “forgo civil liberties to film there.”

In a slew of angry tweets, Simon slammed S.B. 8 and fired off users who pointed out that his work should have nothing to do with abortion rights. The Dallas Film and Creative Industries Office even chimed in, stating that those who boycott the state over the law are serving to “further disenfranchise those who live there.”

If an employer, this is beyond politics. I’m turning in scripts next month on an HBO non-fiction miniseries based on events in Texas, but I can’t and won’t ask female cast/crew to forgo civil liberties to film there. What else looks like Dallas/Ft. Worth? https://t.co/q6Py6XikYh

.@AoDespair -Laws of a state are not reflective of its entire population. Not bringing a production to Dallas (a big "D") only serves to further disenfranchise those that live here. We need talent/crew/creatives to stay & vote, not get driven out by inability to make a living. https://t.co/DxD46z0nNu

You misunderstand completely. My response is NOT rooted in any debate about political efficacy or the utility of any boycott. My singular responsibility is to securing and maintaining the civil liberties of all those we employ during the course of a production. https://t.co/cSKZu08uOO

Simon went back-and-forth with several Twitter users over his stance.

“Kill their children.”
“Hollywood sex predators”
The forced-birth movement really brings out the intelligence, honesty and dispassion in people, no? https://t.co/eN9Oyj8ymS

“Unborn children”
Ungrown oaks. Or acorns.
Fuck off to the farthest point visible, Selby, then continue fucking off until you are in transit to the next horizon thereafter. https://t.co/fCrX9q9KW1

Backwards as fuck, your mind. I already employ 1) women with rights who will travel to jurisdictions where those rights will be retained so that personal decisions are their own and where 2) women to be hired will also retain those choices and civil liberties. https://t.co/Y11tU2o9Ch

In 2019, Simon was one of many Hollywood figures who vowed not to film in Georgia following the enaction of an abortion-restrictive law in the state. As we reported, Simon wrote via Twitter that he will not consider filming in the Peach State “until we can be assured the health options and civil liberties of our female colleagues are unimpaired.”