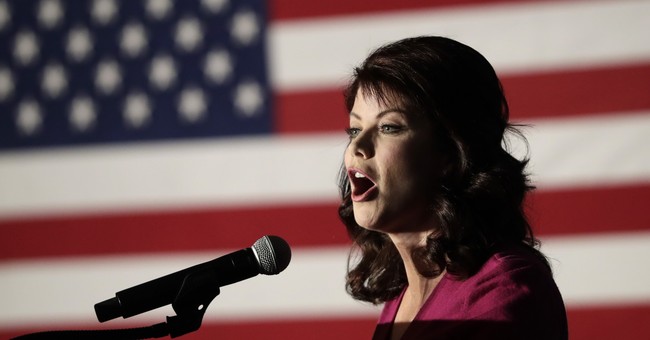 On Sept. 9, former Lt. Gov. of Wisconsin Rebecca Kleefisch announced her candidacy for Governor of Wisconsin in the 2022 gubernatorial race.

Kleefisch, a mother of two, assumed office as lieutenant governor of Wisconsin in 2011 alongside former Gov. Scott Walker. Throughout her eight-year tenure in the position, she spearheaded several initiatives to improve statewide issues, including boosting the economy, combating homelessness, and tax reform.

“I developed my own policy initiatives and portfolio,” Kleefisch said. “I did the Governor’s tax reform roundtables. I developed the Governor’s Small Business Summit and Small Business Academy to get more female and minority and veteran entrepreneurs into Wisconsin’s economy. I co-chaired the Governor’s Task Force on Minority Unemployment and the Task Force on Opioid Abuse. I’m very proud of the work I also did in bringing the Interagency Council on Homelessness to the forefront of policy. Because, we want to end homelessness as we know it in Wisconsin, and those are all initiatives that I think uniquely prepare me to hit the ground running when I become Governor.”

Among Kleefisch’s platforms for the 2022 Wisconsin gubernatorial race are initiatives to get children back to in-person schooling, support for the economy post-pandemic, and support for law enforcement, especially in the aftermath of the riots in Kenosha that resulted in fatalities and millions of dollars in damage.

“People don’t feel safe in this state in the way they should. We must back the badge,” Kleefisch said.“You have a governor who fanned the flames of a culture war and sided with rioters instead of our good folks in law enforcement in the community of Kenosha. $50 million dollars went up in smoke and two men died. The same thing happened in Madison when you saw cop cars burning and the City-County Building with an attempted firebomb. Statues destroyed, and businesses broken into. And Tony Evers continues to side against law enforcement and with the lawless Left.”

In addition to “backing the badge,” getting children back into normal schooling following the Wuhan coronavirus pandemic is at the forefront of her campaign, not only as a lawmaker, but as a mother. “It’s not only about safety, it is also about our future,” Kleefisch said. Anxiety and depression rates, as well as learning loss, have increased as children have been kept out of schools the past year and half.

“How long will we continue to do this? Is this going to be the new normal, that our little one will be socialized with masks on their faces and won’t get to know their classmates and peers?” Kleefisch said. “Or, are we going to make a genuine attempt to try to get back to normal?”

Another pandemic-related issue, the economy, is a top priority for Kleefisch. She witnessed how businesses across the state suffered tremendously throughout the pandemic and took another hit as Gov. Ever’s unemployment subsidies dissuaded citizens from returning to the workforce.

“When tens of thousands of people lose their jobs because he [Evers] shut businesses down, he can’t even be bothered to pick up the phone in order to connect them to their unemployment insurance. And then, after the economy [began] to recover – small business owners hanging ‘help wanted’ signs everywhere and asking customers to be patient – Tony Evers still had the unemployment insurance booster so that he was literally paying people to sit on the sidelines. Paying people not to work,” Kleefisch explained.

Kleefisch, a “conservative fighter,” as described on her website, is also staunchly pro-life, pro-Second Amendment, and pro-border security. Not to mention, she was the first lieutenant governor in history to survive a recall. She hopes to bring more “common sense” conservatism back to Wisconsin for her daughters and other young people to “live their American dreams and raise their families one day.”

“Tony Evers, our current governor, is not up to the task,” Kleefisch said. “His failed and weak leadership has led to nothing but chaos in the state. It’s time for stronger leadership. It’s time for a Governor Rebecca Kleefisch.”