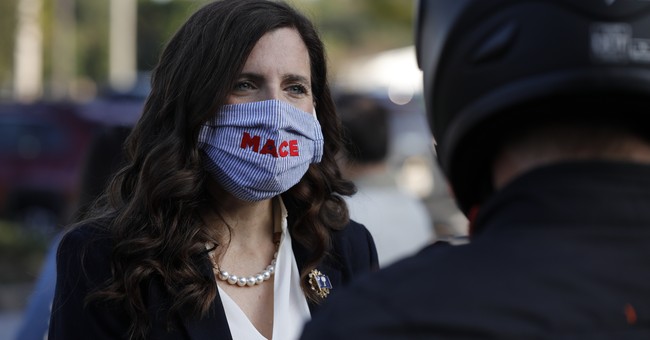 On Friday, Rep. Nancy Mace (R-SC) responded to reports that Chairman of the Joint Chiefs of Staff Gen. Mark Milley committed treason, saying that Congress should launch an investigation and possibly a congressional commission to look into it.

As Katie reported, new reports from The Washington Post detail contents from a new book titled “Peril” that show Milley undermining President Trump’s authority as commander-in-chief. The book claims Milley assured China’s People’s Liberal Army General Li Zuocheng in a series of secret phone calls that he would give them a heads up if Trump executed an attack. Additionally, the book claims Milley instructed senior military officers to “obey his orders and to ignore those given by the President Trump, the duly elected commander-in-chief,” as Katie wrote in her article.

In a Fox News segment on Friday, Mace reacted to the reports that Milley subverted Trump’s authority and colluded with China.

“It shouldn’t matter who’s in power, the standards should be the same for everybody and every administration,” Mace added.

When asked what Congress should do regarding Milley, Mace said she thinks there should be an investigation or a commission.

“We certainly should have an investigation and hold hearings. Perhaps even a commission,” Mace said in the segment. “Gen. Milley, if you look at his track record of the last few months, let’s start with Afghanistan just a few weeks ago, with the botched exit and now this phone call – and may have even colluded with China – if these things are correct, he should immediately resign or be relieved from duty. If the allegations are true, he obviously should be court-martialed. That’s the very least we should be doing on a situation as serious, of allegations as serious, as this one.”

On Twitter, Mace wrote “General Milley should testify before Congress. There needs to be an investigation or even court-martial if these allegations are true.”

General Milley should testify before Congress. There needs to be an investigation or even court-martial if these allegations are true. Regardless of who is president or whether you even like the president you serve, everyone should be held by the same standard regardless. pic.twitter.com/eQDckk0r76