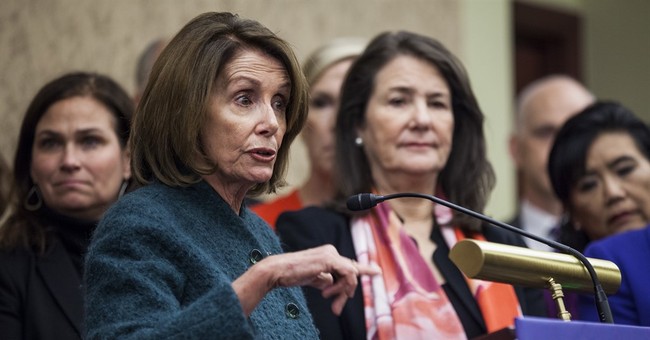 Since the newly-enacted “heartbeat bill” in Texas, S.B. 8, took effect last Wednesday, liberal lawmakers, including the president, have made strides to railroad their pro-abortion agenda through several approaches. Included in this are House members pushing the “Women’s Health Protection Act” (WHPA) and the Department of Justice promising to protect women seeking abortions in Texas.

WHPA, which was reintroduced to Congress this past June, is meant to “codify” Roe v. Wade into federal law. It would guarantee abortion access nationwide regardless of statutes implemented at the state level to curtail abortion. The bill, led by Rep. Judy Chu (D-CA), attacks restrictions placed on abortion, such as mandatory ultrasounds and waiting periods, deeming them “invasive,” “costly,” and “unnecessary.” The bill also claims that restricting access to abortion, therefore, restricts women’s access to contraceptives and screenings for sexually transmitted infections. Additionally, the bill states that abortion restrictions “reinforce harmful stereotypes about gender roles” and are a “tool of gender oppression.”

In an interview shortly after S.B. 8 took effect, Chu described Texas’ law as “draconian” and lambasted the Supreme Court’s decision to allow Texas to enact it. “We did this bill [WHPA] knowing that the day would come when there would be a draconian bill, like S.B. 8, that the Supreme Court would let go into law and undermine Roe v. Wade,” Chu said in the interview. “I am so grateful that finally, we are bringing it [WHPA] to the floor, I’m so grateful to Speaker Pelosi, and I’m grateful that President Biden is indeed supporting the right for a statutory kind of improvement to the Roe v. Wade debate.”

Last Wednesday, the United States Supreme Court allowed S.B. 8 to go into effect after staying silent when abortion organizations and advocacy groups put in an emergency request for the Court to block the law. The next day, the Court voted 5-4, upholding Texas’ new legislation. Aside from outlawing abortion after fetal heartbeat detection, the law allows citizens to pursue legal action against anyone involved in obtaining or providing an illegal abortion in the state.

In a statement, President Biden attacked S.B. 8 and the Supreme Court, promising to launch a “whole-of-government” approach to respond to their decision. As we reported, Biden stated that he is looking “specifically to the Department of Health and Human Services and the Department of Justice to see what steps the Federal Government can take to ensure that women in Texas have access to safe and legal abortions as protected by Roe, and what legal tools we have to insulate women and providers from the impact of Texas’ bizarre scheme of outsourced enforcement to private parties.”

As we also reported, Attorney General Merrick Garland spoke out against S.B. 8, promising to “urgently [explore] all options to challenge Texas SB8 in order to protect the constitutional rights of women and other persons.” Additionally, Garland promised the DOJ would “provide support from federal law enforcement when an abortion clinic or reproductive health center is under attack.”

With another, potentially pivotal, abortion-related Supreme Court case, Dobbs vs. Jackson Women’s Health Organization, on the horizon, abortion advocates will seemingly stop at nothing to promote their agenda to stop Roe v. Wade from being undermined.