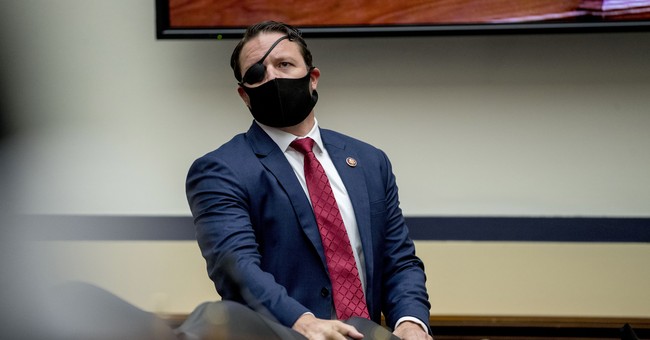 In an interview on Monday, Rep. Dan Crenshaw (R-TX) said that the United States is currently in a worse position than it was the day before the 9/11 attacks now that terrorist groups have space to reassemble.

The comments were made on FOX News Radio’s ‘Brian Kilmeade Show.’ In the 14-minute segment, Crenshaw shared his thoughts on the Biden administration’s withdrawal from Afghanistan and focused on the potential resurgence of terrorist threats from groups like al-Qaeda and the Taliban.

“We’re in a worse position now than we were on Sept. 10, 2001. It’s always worth reminding people, we weren’t at war then, but somebody was at war with us. And guess what, they’re still at war with us. Joe Biden did not end any war. That was always the myth. That was always the false promise from politicians, ‘we’re going to end the wars’...Well, the enemy has a say in that,” Crenshaw said at the opening of the segment.

“I’m not sure who’s going to be there to protect America from these kinds of attacks in the future when al-Qaeda reforms and finally gets some breathing room – which they’re very happy to have now – and can start to externalize their operations again,” Crenshaw added.

Crenshaw discussed the “conditions-based” withdrawal deal former President Trump made while he was in office, noting that Biden abandoned any sort of parameters put in place by Trump for that withdrawal. “The entire end goal would have been a stabilized power-sharing agreement between the government of Afghanistan and the Taliban,” Crenshaw explained. “Biden gave all that up.”

Despite his criticisms aimed at the president, Crenshaw doesn’t think the blame rests entirely on Biden. “I think if there’s blame to go around, it’s that maybe the generals didn’t stand up enough to Joe Biden. I know for a fact they gave him the right advice and he decided to not take it.” Crenshaw added. “I think there’s a massive lack of contingency planning overall.”

Crenshaw, who is a former Navy SEAL, has been critical of Biden’s withdrawal from Afghanistan from the get-go. On Twitter, he has shared plenty of tweets ripping Biden’s execution of the airlift to evacuate American citizens and Afghan allies as well as accusing the Commander-in-Chief of surrendering and taking orders from the Taliban. “In what f***ing world was it a good idea to just hand over a country to these people,” Crenshaw tweeted on Monday.

“The administration - they keep passing the buck to their generals,” Crenshaw claimed in the interview. “There’s going to be a day of reckoning for everybody involved in this.”