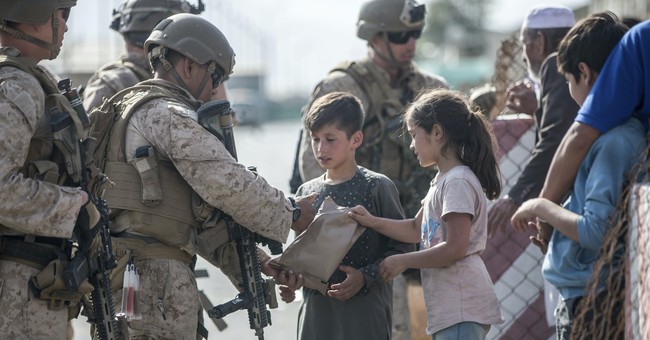 Nearly 40 Members of Congress from both sides of the political aisle urged President Biden to complete the evacuation of United States citizens and allies from Afghanistan regardless of the August 31 deadline.

In the form of a letter, led by Reps. Jason Crow (D-CO) and Brad Wenstrup (R-OH), the lawmakers asked the Commander-in-Chief to reconsider the August 31 deadline to withdraw troops from Afghanistan, instead, requesting the president prioritize seeing the evacuations to completion regardless of timeline.

“Mr. President, we strongly urge you to commit to completing this evacuation, regardless of timeline. It’s the right thing to do.”

“This is not a partisan issue. Over the last few months, Members of Congress on both sides of the aisle have joined together to ensure the U.S. fulfills its moral obligation to our people and Afghan partners,” the letter reads. “This is a testament to the broad support across the country for seeing this evacuation through.”

The letter points out that many Afghan allies, who helped us for the past two decades, would be trapped behind enemy lines if we do not see evacuations to their completion.

“For nearly 20 years, hundreds of thousands of Americans have served in Afghanistan. For many servicemembers and veterans, they wouldn’t have been able to complete the mission or come home safely without the service and sacrifice of our Afghan partners,” the letter reads. “These partners now face threats from the Taliban because they served alongside American forces and protected us over the last two decades. We have the strongest military in the world, and we must bring these resources to beat to ensure the safety of U.S. citizens and Afghan partners.”

Crow, specifically, has been vocal on his opposition to withdrawing troops on a tight deadline, claiming that the focus should be the success of the evacuation mission, regardless of timeline.

“We cannot, and must not, ever, leave hundreds of Americans behind who have raised their hand and said that they want to be evacuated,” Crow said in an interview posted to Twitter. “I do not see a path to getting that done between now and Tuesday. That’s why we have to not have this deadline – Tuesday be the deadline – it has to be the accomplishment of the mission.”

Rep. Jason Crow: "We cannot and must not ever leave hundreds of Americans behind who have raised their hand and said that they want to be evacuated." https://t.co/HmQKpu07x6 pic.twitter.com/Gd9eP2CZkZ

Crow joins the growing list of Democrats who’ve vocalized their disagreements with how Biden is handling the crisis in Afghanistan.

“We do not leave our people behind,” the letter reads. “It’s the right thing to do.”