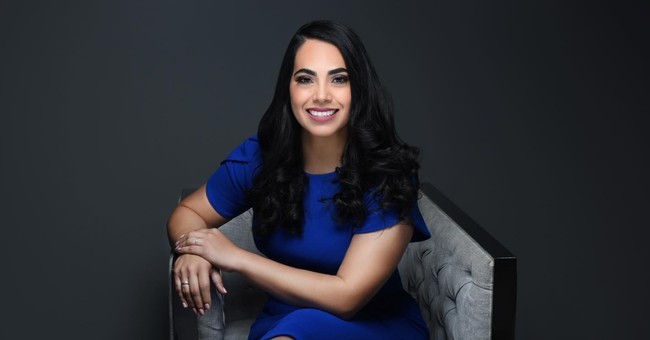 Congresswoman Mayra Flores (R-TX), the first ever Mexican-born American woman elected to Congress, swore into office on Tuesday. She won the seat in a special election last week after the previous Democratic representative for the district, Rep. Filemon Vela, resigned in March.

My very first day in office and it's a memorable one for sure. This is what dreams are made of; faith, family, and hardwork. #TX34 #DreamsComeTrue pic.twitter.com/FXx6DDKqMM

The 34th congressional district in Texas has a majority Hispanic population and borders Mexico in some places. It's been held by Democrats for years and Biden won it by a few points in the 2020 presidential election, but Flores flipped it red for the first time since 2010. She's only the second person in 100 years to flip the district from Democrat to Republican.

She will serve the district for the remainder of Vela's term and will be on the ballot again for the regular congressional election in November. Rep. Vicente Gonzalez (D) will also be on the ballot in November, but as Townhall reported, Gonzalez fears the DCCC will fumble and let Flores' "red wave" spread across the country.

Flores is at the forefront of what she is calling Lexit — a shift in the Latino vote from Democrat to Republican:

There is a mass Exodus of Latinos leaving the Democratic Party!#WalkAway #lexit

Flores' campaign tagline was "God, Family, Country" and she is promising to "bring back God to the halls of Congress."

This historic win will bring back God to the halls of Congress! This win is for the people who were ignored for so long! This is a message that the establishment will no longer be tolerated! We have officially started the red wave!! #TX34

She was endorsed by current Texas Governor Greg Abbott (R) and earned the vote of Elon Musk who said he voted Republican for the first time in his life when he voted for Flores.

I voted for Mayra Flores – first time I ever voted Republican.