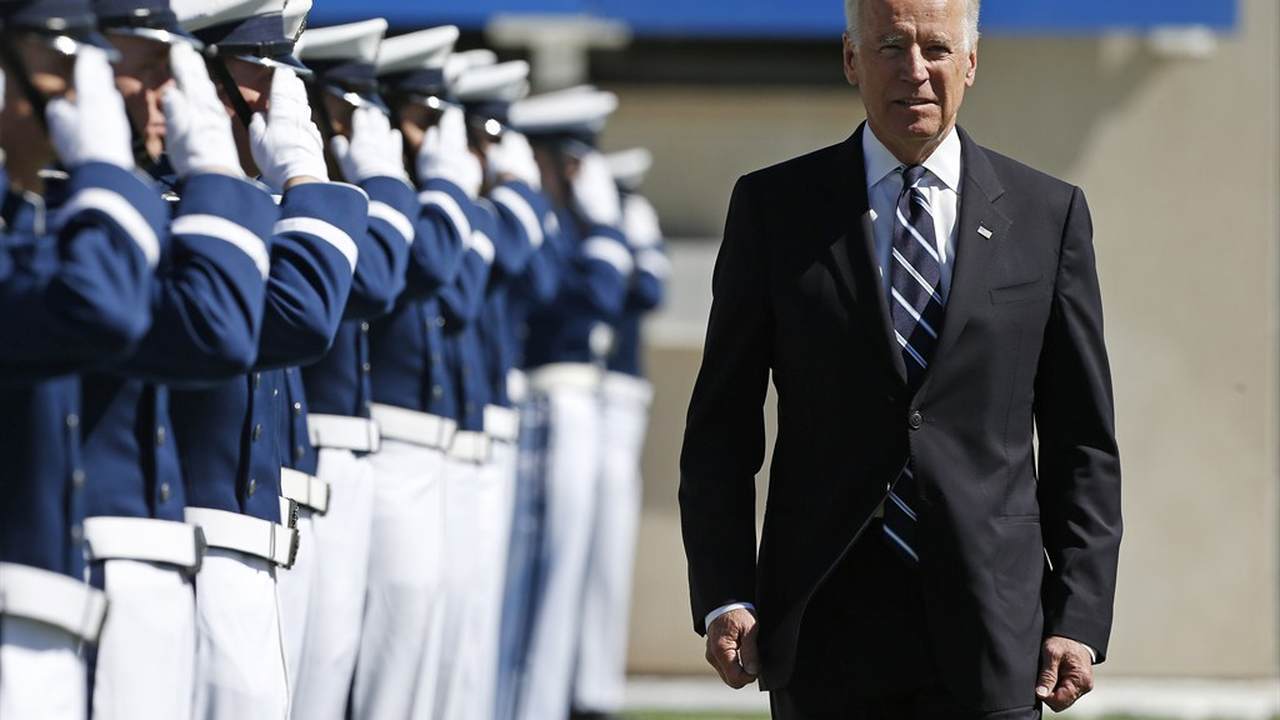 Every branch of the United States military is finding it difficult to reach recruitment goals for 2022. Sure, fewer Americans are eligible due to obesity, no high school diploma, drug use or criminal histories, and the pandemic made recruitment events more difficult, but a significant issue is that not very many are even willing to consider entering the military. According to Pentagon data cited by Sen. Thom Tillis (R-NC), ranking member of the Senate Armed Services Committee, just 8 percent of young people have considered joining the ranks.

With such a significant problem that threatens the nation's national security, one would think the Biden administration would refrain from implementing vaccine mandates or bringing woke nonsense into the military. Instead, they're doubling down on both.

The United States Air Force Academy in Colorado is instructing cadets to drop gendered language, such as the use of the words "mom" and "dad."

The slide presentation titled, "Diversity & Inclusion: What it is, why we care, & what we can do," obtained by Fox News Digital, advises cadets to use "person-centered" and gender-neutral language when describing individuals.

"Some families are headed by single parents, grandparents, foster parents, two moms, two dads, etc.: consider ‘parent or caregiver’ instead of ‘mom and dad,'" the presentation states. "Use words that include all genders: ‘Folks’ or ‘Y’all’ instead of ‘guys’; ‘partner’ vs. ‘boyfriend or girlfriend.’"

"Not ‘Colorblind’ or ‘I don’t see color,’ but Color Conscious," it adds. "We see Color/Patterns AND VALUE people for their uniqueness." (Fox News)

Another slide claims D&I is "a warfighting imperative," and an Air Force Academy spokesperson said the training prepares cadets for "warfighting effectiveness."

"As part of the Diversity & Inclusion Cadet Leadership Program, this conversation was developed by cadet leaders and USAFA staff to introduce all cadets to Department of the Air Force definitions of diversity and inclusion, as well as how these concepts enhance our warfighting effectiveness," the spokesperson told Fox News Digital. "USAFA develops leaders of character that can lead diverse teams of Airmen and Guardians inclusively, to enhance innovation and win future conflict.

"It is the diversity of Airmen and Guardians coming from all corners of our nation who perform the Department of the Air Force's hundreds of critical mission sets that make us the best, most innovative Air and Space Forces the world has ever known," the spokesperson added.

"As the Biden administration continues to tear down the very foundation of the American society, now they have endangered this country by 'wokening' our military," Congressman Greg Murphy (R-NC) said on Twitter. "How does this nonsense show strength to China and Russia? They laugh at this absurdity."