Carlson: Biden's America Is So Bad People Are Moving to a Third World Country For a Better Life 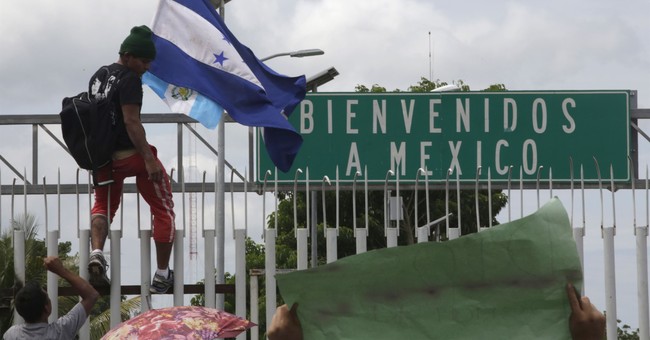 Americans are fleeing high-tax, Democrat-controlled states in droves, but many Californians have decided a move beyond the border makes more financial sense than elsewhere in the U.S.

According to CNBC, “a rising number of former Californians are migrating out of the country altogether and are instead heading south of the border,” thanks in large part to the rise of remote work in the age of Covid-19.

Cost of living in California is among the highest in the nation, with the median listing price for a house nearly $800,000, which only about a quarter of households in the state are able to afford, CNBC reports.

Fox News's Tucker Carlson said it's a sign of just how bad America has become under President Biden.

"So, things are so bad in Joe Biden's America that thousands of Americans are voluntarily moving to a Third World country in the middle of a brutal drug war," he said. "Yes, there are human heads littering the side of the road in Acapulco, but at least it's not Los Angeles. Darrell Graham works in real estate in Mexico. He says of the people he sells to, 'at least half are coming down from California. Suddenly the cost of taxes, the crime rates, the politics, all the things that people are unhappy with in California make them want to come down to Mexico.' Another analyst who studies the trend at the Migration Policy Institute says so many Americans are relocating to Mexico right now that locals are being priced out of their own neighborhoods.

Carlson called the exodus of Californians "mass migration in reverse."

"No matter how bad you thought this administration was going to be, you probably could not have imagined, ever, caravans of Biden refugees fleeing our country across the southern border, looking for a better life in Mexico. At this rate, the next stop will be Port-au-Prince. Say what you will about Haiti, it's better than Baltimore.”

Tucker Carlson: "Things are so bad in Joe Biden's America that thousands of Americans are voluntarily moving to a third world country in the middle of a brutal drug war." pic.twitter.com/6iY7mWwoSc