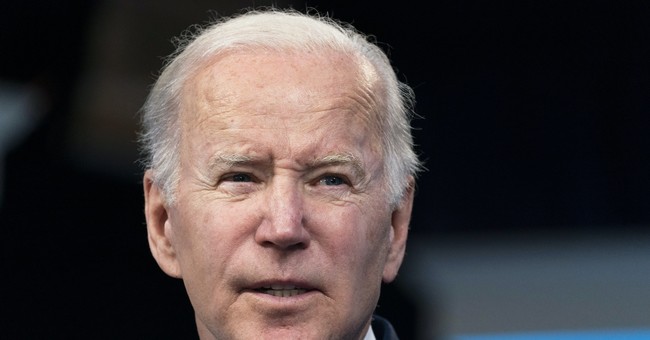 "We're still gathering the facts, but already, the Justice Department has stated publicly that it's investigating the matter as a hate crime, racially-motivated act of white supremacy and violent extremism,” Biden said Sunday. “As they do, we must all work together to address the hate that remains a stain on the soul of America. Our hearts are heavy once again, but our resolve must never waver.”

The 18-year-old suspect, who is white, reportedly told authorities he was targeting the black community. A 180-page manifesto confirms his racist beliefs.

As social media users were quick to point out, the tragedy fits the left’s narrative perfectly, which is why the president is headed to New York so quickly and why he avoided Waukesha after the parade attack in November.

In that incident, Darrell Brooks allegedly drove his car into a crowd of people at a Christmas parade, killing six and injuring about 60 other people.

As the New York Post detailed, everything about Brooks and his alleged crime did not fit the narrative.

Brooks is a violent 39-year-old career criminal, registered sex offender and amateur rapper from north Milwaukee with a rap sheet going back to 1999, who allegedly punched the mother of his child in the face early last month and then drove over her, leaving tire marks on her leg. Despite the severity of that crime, he was released five days before the Waukesha rampage on a cash bail of just $1,000 set by liberal Milwaukee County prosecutors. […]

Screenshots of Brooks’ Facebook page, under his MathBoi Fly rapper handle, were mysteriously deleted right after the parade murders, and showed that he had praised Hitler, backed Black Lives Matter — and called for violence against white people.

“So when we start bakk knokkin white people TF out ion wanna hear it…the old white ppl 2, KNOKK DEM TF OUT!! PERIOD,” he wrote under his rap name, MathBoi Fly, along with a middle-finger emoji. […]

Brooks apparently was driving away from another domestic violence episode on the day of the murders, but cops said they were not pursuing him. He drove the car in a “zig-zag motion” so as to “strike and hurt as many people as possible” — not unlike the terrorist who drove a truck in a zig-zag fashion into a beachside Bastille Day celebration in Nice, France, in July 2016, killing 84 people. (New York Post)

While Biden called it a “horrific act of violence,” and first lady Jill Biden and second gentleman Doug Emhoff did visit the city, the president did not.

At the time, then White House Press Secretary Jen Psaki said it would require “a lot of assets” for Biden to visit the community and it would take “their resources.”

It was obviously political when he didn't go to Waukesha. Now, in light of him rushing to Buffalo, his prior behavior looks even worse.

The President of the United States refused to go mourn a mass killing (and 62 injured) because it conflicted with his narrative. Disgusting. https://t.co/1jqj4UNTA8