Trudeau Calls Trucker Protest 'Small, Fringe Minority'...But It Sure Doesn't Look Like That 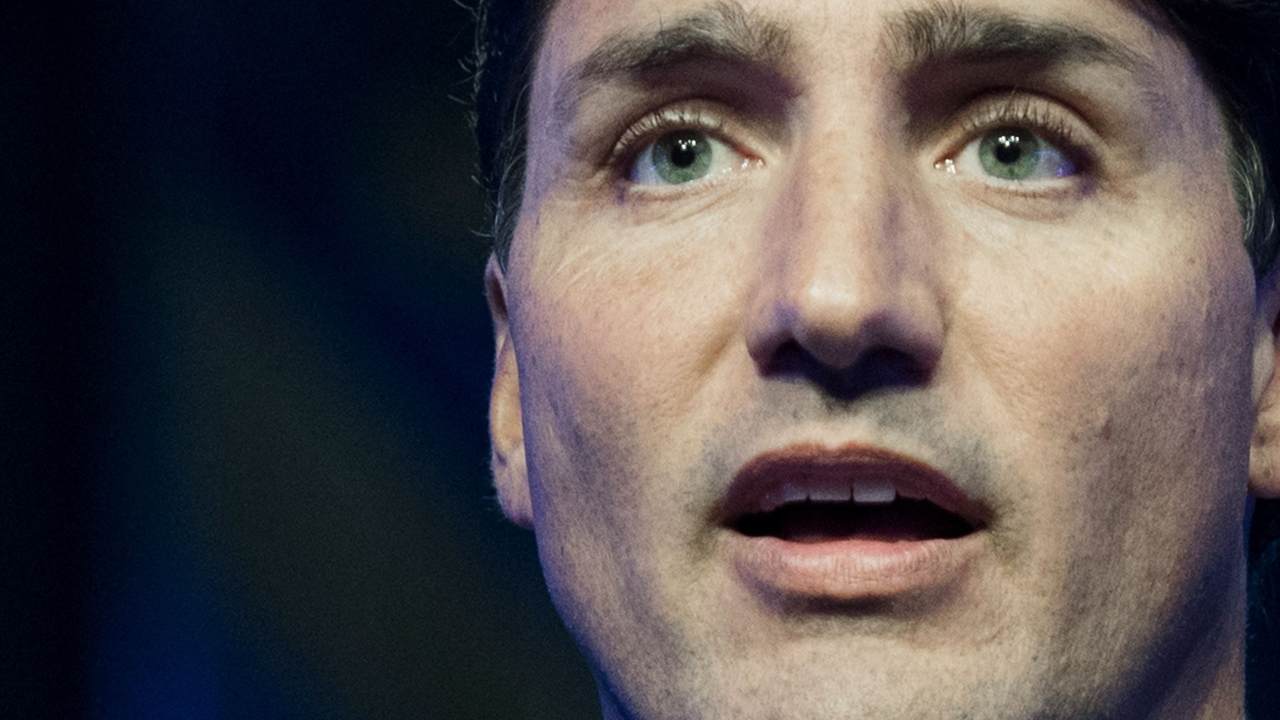 Canadian truckers opposed to vaccine mandates are protesting in a way that government officials cannot ignore.

As part of the Freedom Convoy, truckers left from Vancouver and are traveling to the capital city of Ottawa in protest of a mandate that went into effect earlier this month that applies to drivers who cross the border.

CANADA - The longest Convoy in the world. Truckers make their way with
Supporters lining the way, cheering from bridges, delivering food, drinks and buying fuel.

Trudeau has a problem here, a big one.#TruckersForFreedom #COVID19

Despite thousands of supporters, Prime Minister Justin Trudeau has dismissed the drivers as a "small, fringe minority."

The comment came in response to a reporter who asked about the convoy.

Trudeau said the protesting truckers hold "unacceptable views" which "do not represent the views of Canadians who have been there for each other, who know that following the science and stepping up to protect each other is the best way to continue to ensure our freedoms, our rights, our values as a country."

It doesn't appear that way, however.

You couldn't find someone more out of touch with reality than @JustinTrudeau. Millions of Canadians standing in solidarity with hundreds of thousands of truckers standing on guard for thee, but to our PM, we are a "fringe minority" with "unacceptable views". #cdnpoli pic.twitter.com/lCvDj9D7aF

Trudeau may have to redefine what a “small fringe minority” is…
It’s stretching from Manitoba to Ontario!
#TruckersForFreedom2022 pic.twitter.com/n90afOqUOU

Looking forward to to seeing the look on @JustinTrudeau’s face when this “small, fringe minority” arrive at his front door. #TruckersForFreedom2022 #TruckerConvoy2022 pic.twitter.com/KLsmrOYTjQ

6. This might be expected in Alberta. But this was in the Greater Toronto Area. No wonder Trudeau’s panicking — and bravely hiding for five days. pic.twitter.com/lPPocTA1TV

"There's 50,000 truckers and 1.4M people headed to the parliament in Ottawa," he told Fox News's Laura Ingraham. "And they're going to stay there until Trudeau resigns, or they give us back all of our freedoms and rights."

“In Canada we have one of the biggest revolutions happening. Right now there’s 50,000 truckers and 1.4M people headed to the parliament in Ottawa. And they’re going to stay there until Trudeau resigns, or they give us back all of our freedoms and rights.” ???? @TheoFleury14 pic.twitter.com/VybSq0PAT2

Trudeau has finally united Canadians. We are united against him. #CrimesAgainstHumanity #treason

Trudeau announced Thursday he'll be in hiding for the next five days due to Covid exposure.

Last night, I learned that I have been exposed to COVID-19. My rapid test result was negative. I am following @OttawaHealth rules and isolating for five days. I feel fine and will be working from home. Stay safe, everyone – and please get vaccinated.