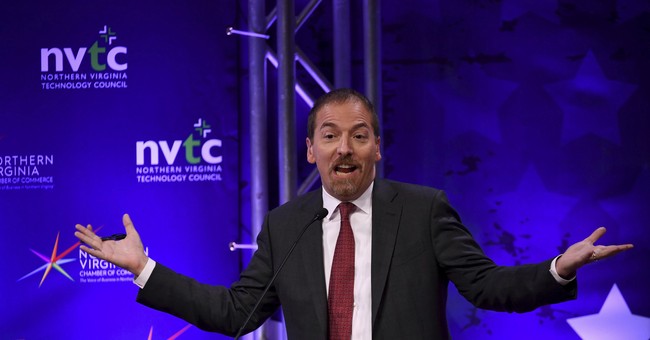 NBC’s Chuck Todd didn’t sugarcoat the Democrats’ chances in the upcoming midterm elections, now less than a year away.

Looking at recent polling about the president’s job approval rating and what Americans are saying about the state of the country, Todd said the Democratic Party is heading toward “shellacking territory.”

“President Biden’s news conference on Wednesday was designed to kick off a second-year reset of his presidency, recapture his political identity if you will, but our new NBC News poll suggests Mr. Biden does need a reset, because he’s lost his identity a bit,” he said on Sunday’s “Meet the Press.” “He’s no longer seen as competent and effective, no longer seen as a good commander in chief or — perhaps most damaging — as easy going and likable.”

He then explained that only 5 percent of adults think the president has done better than expected on the job—“one of the many lowests, firsts, and fewests in our poll.”

“I’m going to start with perhaps the most important number to understand the direction of the midterms, its job approval here, the president’s job approval rating sitting at 43 percent. If you look at history, history shows that kind of presidential approval rating leads to a shellacking for the party in power,” he noted.

“How about the mood of the nation? Let me show you this, right now our wrong track, nations on the wrong track number sitting at 72 percent – second poll in a row where we’ve been over 70 percent. This is only the third time in our poll’s history over 30 years where we’ve had two tracks that off,” he continued. “That again would put you in shellacking territory for the party in power.”

-72% say the country is on the wrong track