'The Comedy We've All Been Waiting For': Hillary Clinton Reads What Would've Been Her Victory Speech 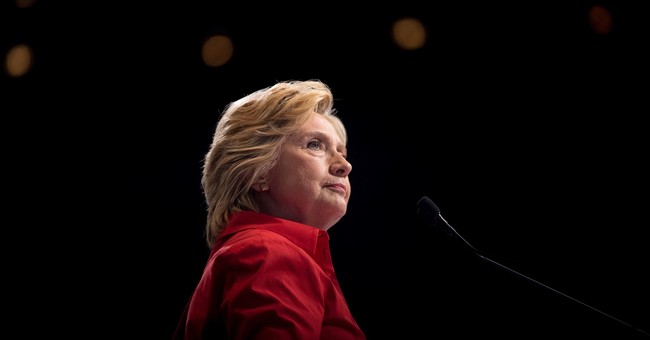 An emotional Hillary Clinton read the victory speech she prepared for Election Night in 2016, had she not been defeated by Donald Trump.

Clinton took the trip down memory lane as part of a MasterClass series. The former secretary of state has been promoting her class, “The Power of Resilience,” reports The New York Times. Part of her reading of that speech was released Wednesday by the “Today” show.

“In this lesson, I’m going to face one of my most public defeats head-on by sharing with you the speech I had hoped to deliver if I had won the 2016 election,” she says in the clip.

“I’ve never shared this with anybody,” she adds. “I’ve never read it out loud.”

She became emotional when reading a part about her mother, Dorothy Rodham, “who grew up in poverty and was abandoned by her parents as an 8-year-old girl,” according to the Times.

"I dream of going up to her and sitting down next to her, taking her in my arms, and saying ‘look at me, listen to me. You will survive. You will have a good family on your own. And three children. And as hard as it might be to imagine, your daughter will grow up and become the president of the United States,’” she says.

Mrs. Clinton had planned to deliver the speech at an elaborate celebration on the night of Nov. 8, 2016, complete with confetti shaped like glass shards that would fall from the glass ceiling of the Jacob K. Javits Convention Center in Manhattan.

Instead, she gave a hastily scheduled speech in a dreary hotel ballroom on the day after the election, in which she said the country was “more deeply divided than we thought.”

“This loss hurts,” she said that day. “But please never stop believing that fighting for what’s right is worth it.” (NYT)

Critics mocked Clinton over the reading of her planned speech, including Fox News's Gregg Jarrett, who suggested she could instead teach a "MasterClass in cluelessness."

"I had the misfortune of watching all of [the speech]," he told Sean Hannity. "It was pathetic and embarrassing. And actually nauseating. I kept thinking – ‘what kind of a person does this?

"Well, a person who yearns for relevance, to be sure, but an embittered person who refuses to accept personal responsibility for her own failure," he continued. "She lost because she ran a hideous campaign with unpopular policies and came across as unlikable, and yet she is obsessed with blaming others."

"She wrote an entire book blaming everybody else but herself," Jarrett added. "People like this can't stand defeat, criticism. She seems like a classic case of narcissistic personality disorder, this overwrought sense of entitlement, an exaggerated sense of self-importance, and no sense of self-awareness, but on top of it, as you point out, scandal and malfeasance followed her everywhere she goes."

This is the single funniest thing I have ever seen. https://t.co/IQgrFUdTvZ

If it were possible to die of secondhand embarrassment, this would have killed me.

The comedy we've all been waiting for https://t.co/CvLhDZP7DK

It’s been five years and this woman still hasn’t reached the acceptance stage of the grieving process https://t.co/SDyx0180ga