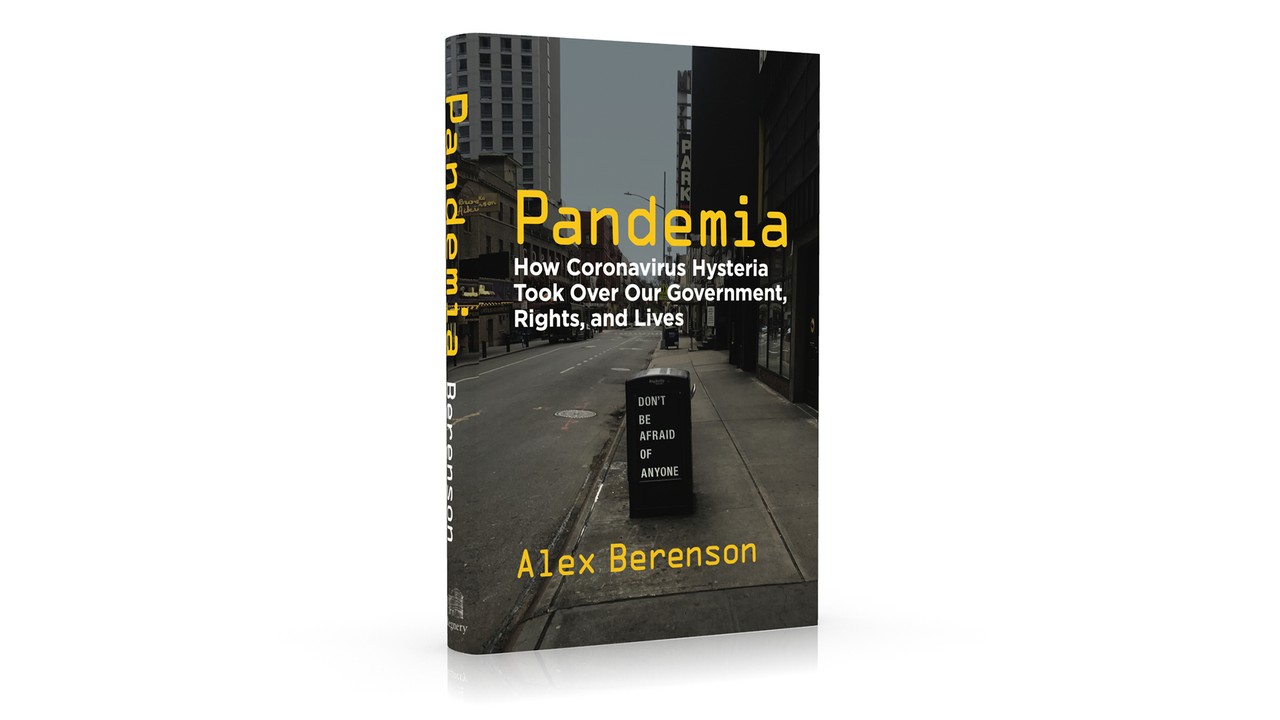 Since the start of the Covid-19 pandemic, former New York Times reporter Alex Berenson has been presenting the side of the story the "expert" class hasn't wanted the American public to know. For his Covid heresy, Twitter banned him, media figures sought to smear his reputation, and politicians tried to cancel him. Thanks to Regnery Publishing, however, Berenson has a new outlet to get his message across.

"Pandemia: How Coronavirus Hysteria Took Over Our Government, Rights, and Lives" takes the reader through the pandemic's stages, explaining where and how the experts got it wrong, and shares personal anecdotes along the way that even those who have been following Berenson from the beginning don't know.

Describing himself as an "outside reporter"—one who prefers to shed light on facts many wish would remain swept under the rug—Berenson's research and Twitter addiction started when he began to question the effectiveness of lockdowns, the virus's risk to children, school closures, and more.

"My skepticism ramped up day by day," he writes.

But by March 26, he had been unwittingly thrown into the political and scientific wars raging over the virus and lockdowns after his series of tweets about mathematical epidemiologist Neil Ferguson's projections went viral and "changed his life."

At the same time, people's lives across the country (and world) were being upended, too. Government, media, big business, and schools seemed to be working in lockstep to push Covid fear and lockdowns in "an effort to punish Trump," Berenson told Townhall, despite what the data said.

"[The pandemic] was viewed as something that could be disastrous for him and keep him from having a good chance of being reelected," he noted.

Various explanations have been put forward to account for similar paths being taken worldwide, but there was certainly a "high level of coordination between governments," Berenson said. Meanwhile, "there were efforts to punish" countries like Sweden and states such as Florida that chose a different course.

Voices of reason, even in the medical community, were ignored, too. In the book, Berenson details how Dr. Donald Henderson, known for leading the effort to eradicate smallpox, warned many years prior about how long-term disease mitigation measures would likely prove counterproductive. Instead, Henderson and his co-authors wrote in a 2006 paper, "Experience has shown that communities faced with epidemics or other adverse events respond best and with the least anxiety when the normal social functioning of the community is least disrupted."

That's why if the nation's pandemic response were up to Berenson, he told Townhall he'd follow Florida's example and push for targeted interventions for those at highest risk and assure Americans that the country can handle it. If hospitals genuinely got overrun, extra resources could be sent to those areas. He'd also pursue treatment options and vaccines but would not rush the latter.

"The problem is we don't know whether the mechanism of action that's being used here might have longer term effects," he said. "Human biology is incredibly complicated and needs to be treated with respect.”

Berenson's optimistic view is that vaccine mandates could end with a ruling from the Supreme Court, the introduction of promising new drugs to treat Covid-19, and concern from inside the White House over President Biden's tanking approval ratings.

"Just as you don't hear people talking about school closures anymore, that went away and the people who pushed it are pretending like hell that they never said it, it is possible that in a year we'll be there with vaccines," Berenson speculated. "I'm not saying I think it's going to happen, but that's the optimistic scenario."

While he wished he could've included more in the book about the vaccines and now the new antiviral Covid-19 drugs, there is plenty of fascinating information presented in "Pandemia" for even those who've followed the ins and outs of the last 20 months carefully. And with nearly 60 pages of notes, readers can be sure that Berenson's arguments are not formulated on his opinion alone but based on readily available government data, scientific papers, and hospital records.

Censoring Berenson on social media may have worked (for now), but picking up a copy of his latest book ensures Big Tech can't truly silence the truths he reveals about the pandemic.