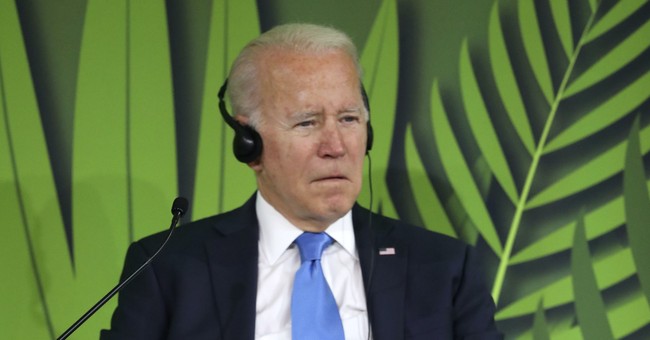 President Biden’s approval ratings have been in the tank for months, but a new poll puts in perspective just how bad they really are.

When compared to the approval ratings of every single governor in America, Biden's is the lowest.

According to a new Morning Consult survey of approval ratings at the state level, the least popular governor in America—Oregon’s Kate Brown—is even higher than Biden, at 43 percent. By comparison, RealClearPolitics’ average of polling has Biden’s approval rating at 41.3 percent, with some surveys from earlier this month showing him dipping into the 30s.

The survey also showed nine out of the top 10 most popular governors in America are Republicans, while six out of the 10 least popular are Democrats.

New @MorningConsult state-level polling shows 9 of the 10 most popular governors in the country are Republicans, and that 6 of the 10 least popular are Democrats.https://t.co/AG1QoTs03X pic.twitter.com/vQyMOdNncg

According to a new Gallup survey, the president is underwater on five key issues, including the economy, immigration, foreign policy, healthcare, and crime. Voters gave him the highest marks on his Covid-19 response, at 49 percent, but an equal percentage disapproved.

Joe Biden's numbers on the issues are brutal.