The Most Incredible Election Win Didn't Happen in Virginia 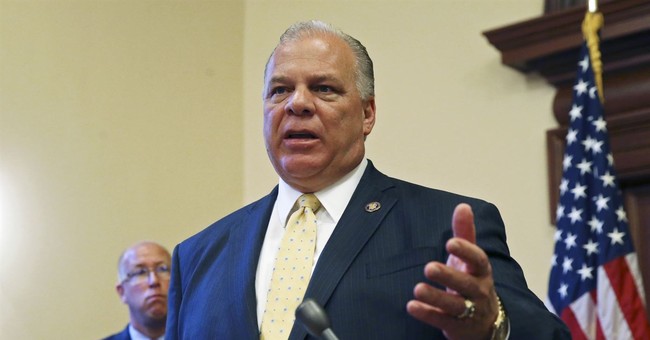 A great deal of media attention on Wednesday focused on Virginia Republican Glenn Youngkin’s win and the many down ballot races in both Virginia, New Jersey, and elsewhere that Republicans swept. But the best story by far is the upset that happened in New Jersey’s District 3. As Townhall reported Wednesday, Edward Durr, a GOP truck driver who had a shoestring budget, was on the verge of taking out Steve Sweeney, the longest-serving president of the state Senate in New Jersey's history.

“If last night’s outcome in Virginia was an upset of monumental proportions, the result in New Jersey’s Legislative District 3 is a political earthquake,” RSLC Deputy Executive Director Edith Jorge-Tuñón said in a statement. “Steve Sweeney has spent the last decade leading the effort to make New Jersey the most taxed state in the nation -- his defeat displays how Garden State voters have rejected the socialist policies coming out of Democrat-controlled Trenton and are hungry for fiscal sanity once again. Congratulations to Edward Durr, Bethanne McCarthy and Beth Sawyer on this stunning sweep.”

The Philadelphia Inquirer explained how Sweeney defeat "would have outsize ramifications.”

His loss to Edward R. Durr, 58, a truck driver who has never held office, would likely usher in major changes in the statehouse. Just about every major legislative initiative over the course of Phil Murphy’s and Chris Christie’s governorships required Sweeney’s assent. […]

Having served as Senate president since 2010, Sweeney has helped guide policy-making on everything from economic development in South Jersey to the state’s retirement plans for public workers to the appointment of scores of judges and executive-branch officials.

“There’s a delicate balance of power between North Jersey and South Jersey, and all the various political fiefdoms within,” said Ben Dworkin, director of the Rowan Institute for Public Policy & Citizenship at Rowan University in Glassboro.

“Because it’s such a delicate balance of power, taking him out of the equation upends everything,” Dworkin said. “He effectively was the king of the Senate. When the king is gone, lots of people think they can be king. Right now there’ll be intense positioning for how the legislative leadership is going to look moving forward.”

Sweeney and his Assembly running mates had spent more than $1 million as of late October, records show.

Durr, of Logan Township, and his running mates raised just $10,460, according to an Oct. 27 campaign finance report. By contrast, when New Jersey’s largest teachers’ union sought to unseat Sweeney in 2017, it spent about $5 million, and he still won by 18 points. (The Philadelphia Inquirer)

Speaking to "Fox News Primetime," Durr noted that his victory is one by the people, not him.

He also vowed to continue being a voice for the people.

Update: This post has been edited to remove a paragraph about the race not being called yet, despite all expected votes in. Sweeney's defeat is now official.