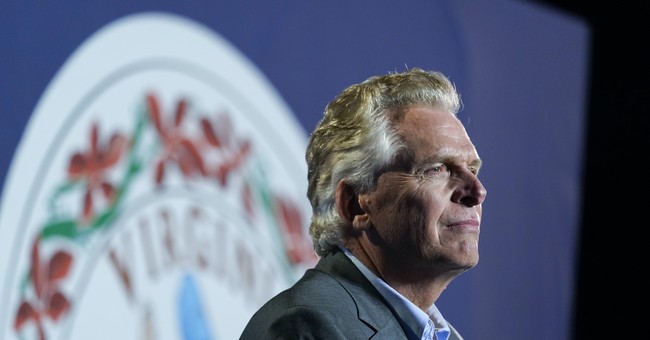 In a campaign where education has been the key issue, Virginia Democratic gubernatorial candidate Terry McAuliffe chose as his last surrogate American Federation of Teachers President Randi Weingarten.

Having the anti-student, anti-parent union boss, a controversial figure and major Biden ally, as a speaker at the Democrat’s final rally in Virginia raised eyebrows.

Days ago, new data showed what that did to kids of all backgrounds. Here are Fairfax's #s:https://t.co/lNXVBEANDT pic.twitter.com/bmrmqRcgIX

Wait, what? The night before the election in VA where education might be the top issue, McAuliffe is campaigning with the woman who shut down schools for 18 months? https://t.co/fBH4nFyqiv

Terry McAuliffe: "I don't think parents should be telling schools what they should teach." pic.twitter.com/rs6pSWZw79

I'm not a political analyst but I feel like this was a bad idea mainly because Randi Weingarten is one of the worst people in the history of America https://t.co/mVC6q6j1Qz

Last month, the American Federation of Teachers ran a cable and broadcast ad in support of McAuliffe, claiming the Democrat has a "track record..[of] engaging directly with parents and teachers," despite previous statements that he doesn't believe parents should be involved in what schools teach.

"The same education union that fought to keep Virginia schools closed and students trapped at home in front of screens just spent hundreds of thousands of dollars on a TV ad to elect Terry McAuliffe," Republican Glenn Youngkin said in response. "They know McAuliffe will protect unions instead of doing what is right for kids."