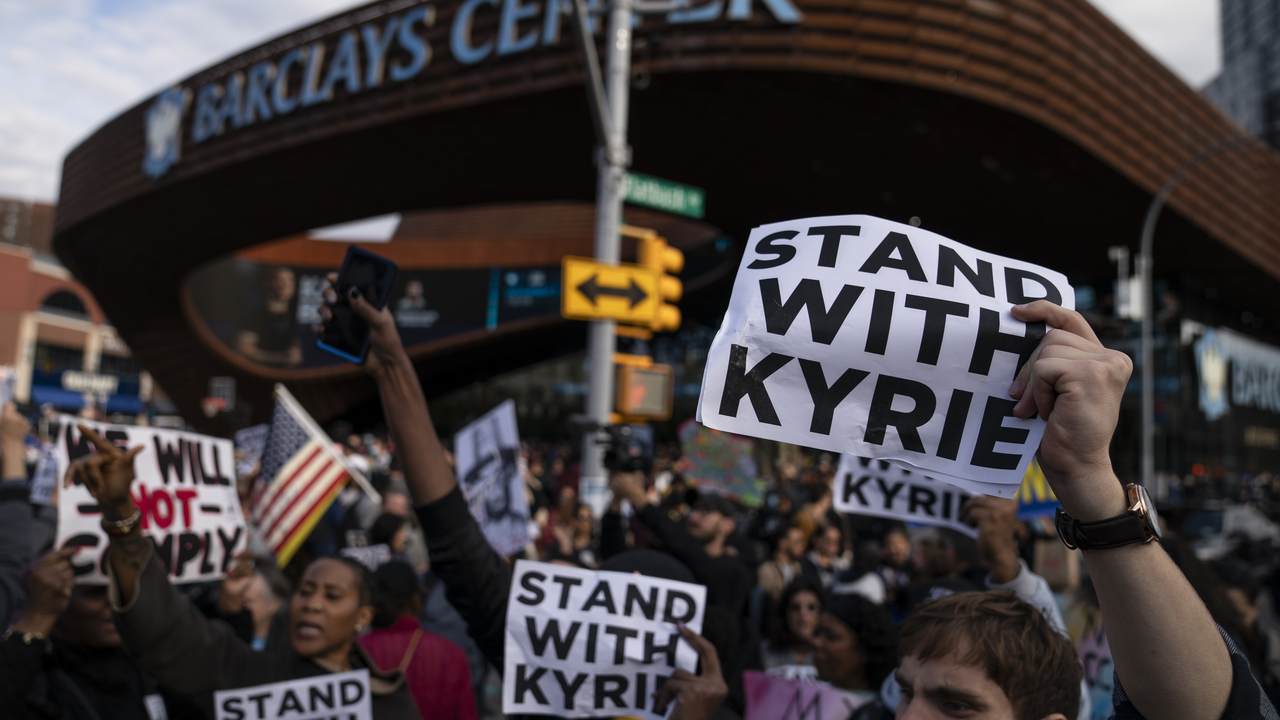 Boxing legend Floyd Mayweather took a very public stand in support of NBA star Kyrie Irving, who has refused to get the Covid-19 vaccine. Due to coronavirus regulations in New York, the Brooklyn Nets said Irving could not play or practice with the team.

Irving has maintained that his resistance to the jab is "bigger than the game," and Mayweather threw his support behind that decision.

In a video message, Mayweather said he respects the Nets guard "for having some integrity and being your own man."

"America is the land of the free, freedom of speech, freedom of religion, and supposedly freedom to choose. Never be controlled by money," he said.

"A free mind makes its own choices and a slave mind follows the crowd," he added.

"Stand for something or fall for anything. One man can lead a revolution to stand up and fight for what's right. One choice, one word, one action can change the world.

"It's crazy how people hate you for being a leader," Mayweather continued. "I hope your actions encourage many others to stand up and say 'enough is enough.' Respect to you, Kyrie, and power to the people."

Choice is defined as an act of selecting or making a decision when faced with two or more possibilities. America gave us the choice to take the vaccine or not take the vaccine. As time moves on, that choice is gradually being stripped from us. pic.twitter.com/7F6RsWaDkL