Gaetz on Death Threat Against Him: If They're Successful, I Want It Known 'Who Stopped Their Arrest' 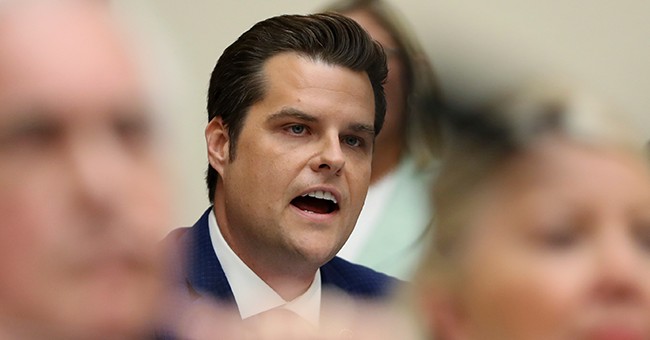 “I think someone may be trying to kill me. And if they are successful, I would like my constituents and my family to know who stopped their arrest,” Gaetz said on the House floor Wednesday.

"Madam Speaker, on October 8, 2021, a Twitter handle, styled, CIA Bob is at your door, tweeted to @RepMattGaetz, ‘Looky here, pal. I lived in Portland. Portland has ordered a hit on you. I accepted the contract. Have a good day.’”

After the tweet, the person traveled to the nation’s capital and the U.S. Capitol Police recommend their arrest.

“If my name weren't Gaetz, if it were Omar or Talib, you bet this person would have been arrested. Because that's what the Capitol Police recommended.

“But the Department of Justice doesn't seem to care so much when it's Republicans,” he concluded.

BREAKING: A man traveled across the country with the explicit goal of killing me in Washington, D.C.