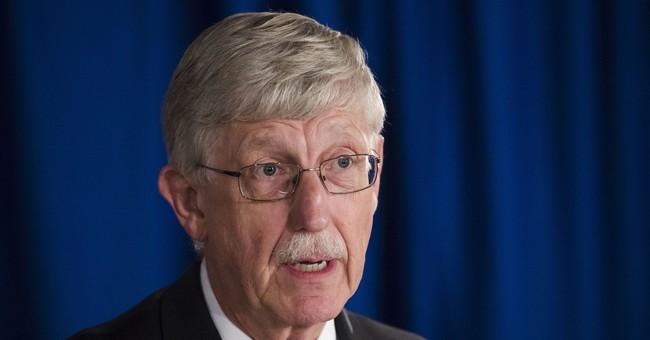 Francis Collins, the director of the National Institutes of Health, announced Tuesday he will be stepping down by the end of the year.

“It has been an incredible privilege to lead this great agency for more than a decade,” Collins said in a statement. “I love this agency and its people so deeply that the decision to step down was a difficult one…I am proud of all we’ve accomplished. I fundamentally believe, however, that no single person should serve in the position too long, and that it’s time to bring in a new scientist to lead the NIH into the future. I’m most grateful and proud of the NIH staff and the scientific community, whose extraordinary commitment to lifesaving research delivers hope to the American people and the world every day.”

It's been a privilege & honor to serve as #NIH Director for over 12 years. However, I believe no person should hold this position for too long. So with deep gratitude to this great agency & the people who carry out its mission, I've decided to step down. https://t.co/rwUnKiW3V5

Collins, who led the government’s effort to map the human genetic code, will reportedly return to the National Human Genome Research Institute, which is part of the NIH.

The NIH director has been one of the more recognizable faces during the pandemic, even making Covid parody songs.

Whatever will we do without Francis Collins https://t.co/LtR7NWmTNO

Collins, who claims to be Christian, also endorses the use of aborted fetal tissue in medical research

Judicial Watch announced that it filed a FOIA lawsuit against the HHS for all emails National Institutes of Health Director Francis Collins related to gain of function research, hydroxychloroquine and the Wuhan Institute of Virology. READ: https://t.co/PDGsS2Di13