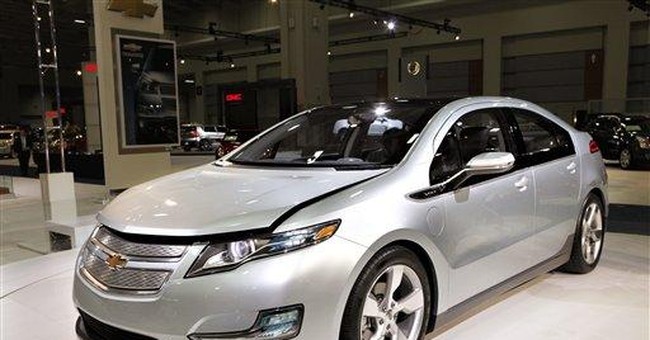 GM announced that it has issued a recall on every single Chevy Bolt made to date due to the battery fire risk. The move comes after two previous recalls, which were aimed at specific models.

The Bolt was first recalled in November after five cars that hadn’t been in crashes caught fire. After investigating the problem further, Chevy recalled a second batch in July. The problem was traced to two manufacturing defects that could occur simultaneously. The defects—a torn anode tab and a folded separator—created conditions that could lead to a short in affected cells. So far, the company has identified 10 fires that involve faulty batteries, according to an AP report.

This third and latest recall includes 73,000 Bolts made from 2019 to 2022, the current model year, and brings the total recall to nearly 142,000 cars, with over 100,000 having been sold in the US. GM estimates that the initial recalls will cost $800 million, and it expects the new one to add $1 billion to the total. GM said it will be seeking reimbursement from LG. […]

Until replacement batteries are ready and service appointments can be scheduled, GM has recommended that Bolt owners park their vehicles outside and limit their battery’s state of charge to 90 percent or lower. The company also recommended not letting the estimated range dip below 70 miles. GM says it is working with LG Chem to ramp up production of the replacement cells. (Wired)

As Tom’s Guide notes, the recall isn’t just a massive hit to Chevrolet. It's "arguably the absolute worst thing to happen to the electric car industry right now" because it “could scare off a lot of EV shoppers.” This comes on the heels of President Biden signing an executive order that sets a goal of making half of all new cars sold by 2030 electric.