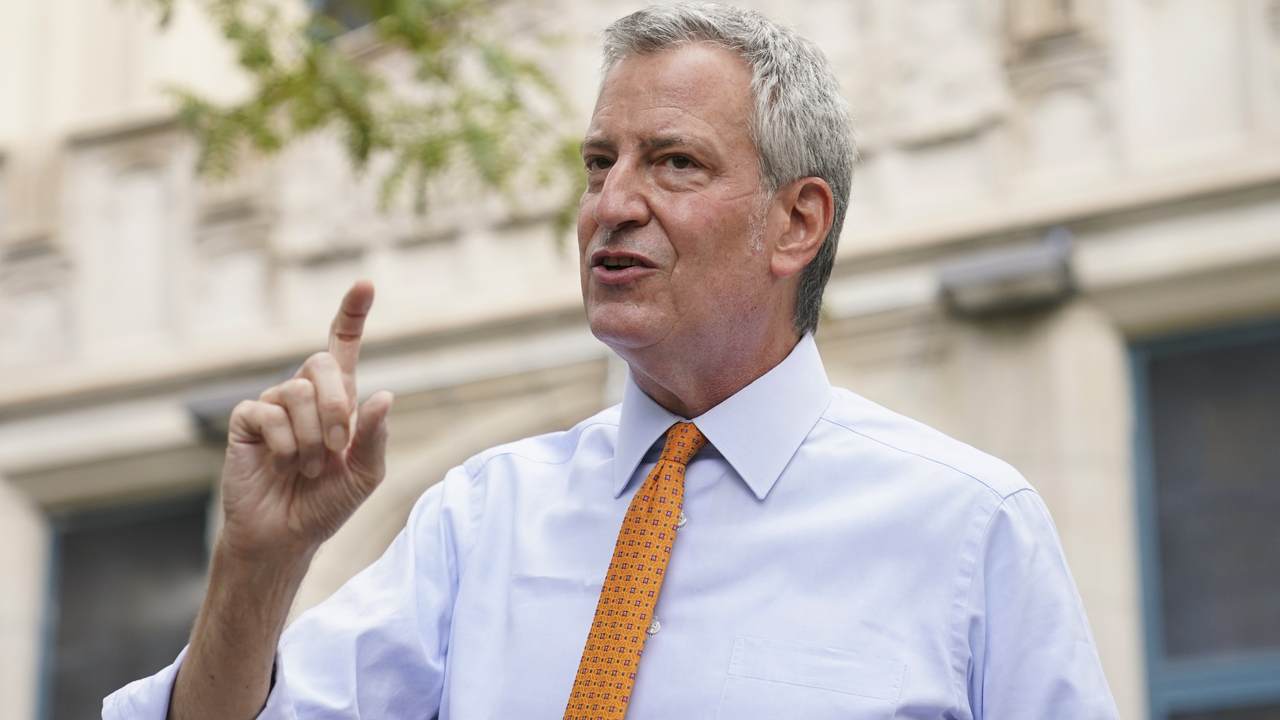 The bad blood between New York Gov. Andrew Cuomo and New York City Mayor Bill de Blasio is no secret. According to a 2018 New York Times report, the "feud [is] so nasty, petty and prolonged that even in the cutthroat politics of New York, few can remember ever seeing anything quite like it." So whenever there's a chance to dunk on Cuomo, you can be sure de Blasio is ready.

The latest attack on the Democratic governor comes days after the state's attorney general announced an investigation found Cuomo "sexually harassed multiple women and in doing so violated federal and state law."

Thus far Cuomo has been defiant and has refused to step down, despite mounting pressure. De Blasio added to those calls.

"It's hurting the people in New York state and New York City — there's no question," the mayor said during his Thursday press briefing. "You know, a guy who spends 11 hours having to testify about his sexual harassment and assaults is not a guy who’s focusing on just fighting COVID or getting us federal aid or getting rent relief money to people who need it.

"It is just a matter of time before he's gone," the mayor continued. "If he was not such a narcissist, and he actually could think about other human beings, he would say, 'Hey, you know what, I'm doing a lot of damage at this point, it's time to go."

"Just get the hell out of the way," de Blasio added. "In the end, maybe he could close off his career with one act of dignity and decency."

"Just get the hell out of the way," de Blasio said Thursday, urging Cuomo to resign.

"Maybe he could close off his career with one act of dignity and decency and just step aside. But don't bet on that, Andrew" pic.twitter.com/oMmgpCEm1t

A majority of the New York Assembly has expressed support for beginning impeachment proceedings against Cuomo if he doesn't resign. President Biden, House Speaker Nancy Pelosi, and scores of other Democrats have joined the calls.