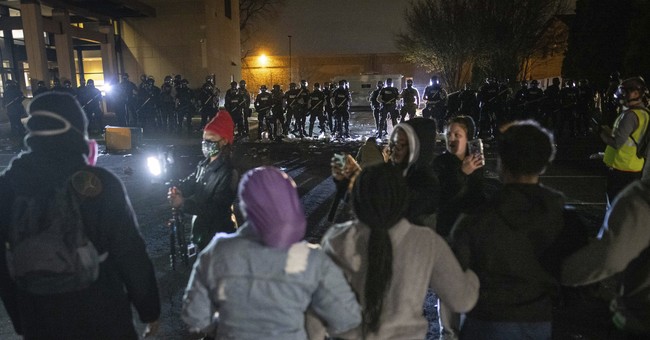 Brooklyn Center City Manager Curt Boganey was fired Monday hours after he called for due process for the officer involved in the fatal shooting of Daunte Wright.

Boganey and Mayor Mike Elliott had disagreed earlier in the day during a press conference over what disciplinary action the officer should face. Bodycam footage police released showed the officer meant to fire a taser not her service weapon.

Elliott was supportive of terminating the officer immediately. "Let me be very clear – my position is that we cannot afford to make mistakes that lead to the loss of life of other people in our profession," he said. "I do fully support releasing the officer of her duties."

But Elliott said it was Boganey who had the authority to determine disciplinary action toward the officer. He believed the officer was entitled to due process and said no immediate action would be taken.

"All employees working for the city of Brooklyn Center are entitled to due process with respect to discipline," Boganey said. "This employee will receive due process and that’s really all that I can say today."

When asked what he personally felt should happen to the officer, he doubled down on his initial statement.

Hours later, Elliott announced he had been "relieved of his duties."

"Effective immediately our city manager has been relieved of his duties, and the deputy city manager will be assuming his duties moving forward," Elliott said. "I will continue to work my hardest to ensure good leadership at all levels of our city government."

Effective immediately our city manager has been relieved of his duties, and the deputy city manager will be assuming his duties moving forward. I will continue to work my hardest to ensure good leadership at all levels of our city government.

That decision came "shortly after the Brooklyn Center city council voted to give the mayor command authority over the city’s police department," Fox News reports.

Coward. He wanted due process. I hope you enjoy his wrongful termination lawsuit. https://t.co/W10Vhwfc2Q

The #BrooklynCenter city manager was fired for talking about "due process." This is one of the most cowardly decisions ever made in city government. https://t.co/I5f6Fa9YI4