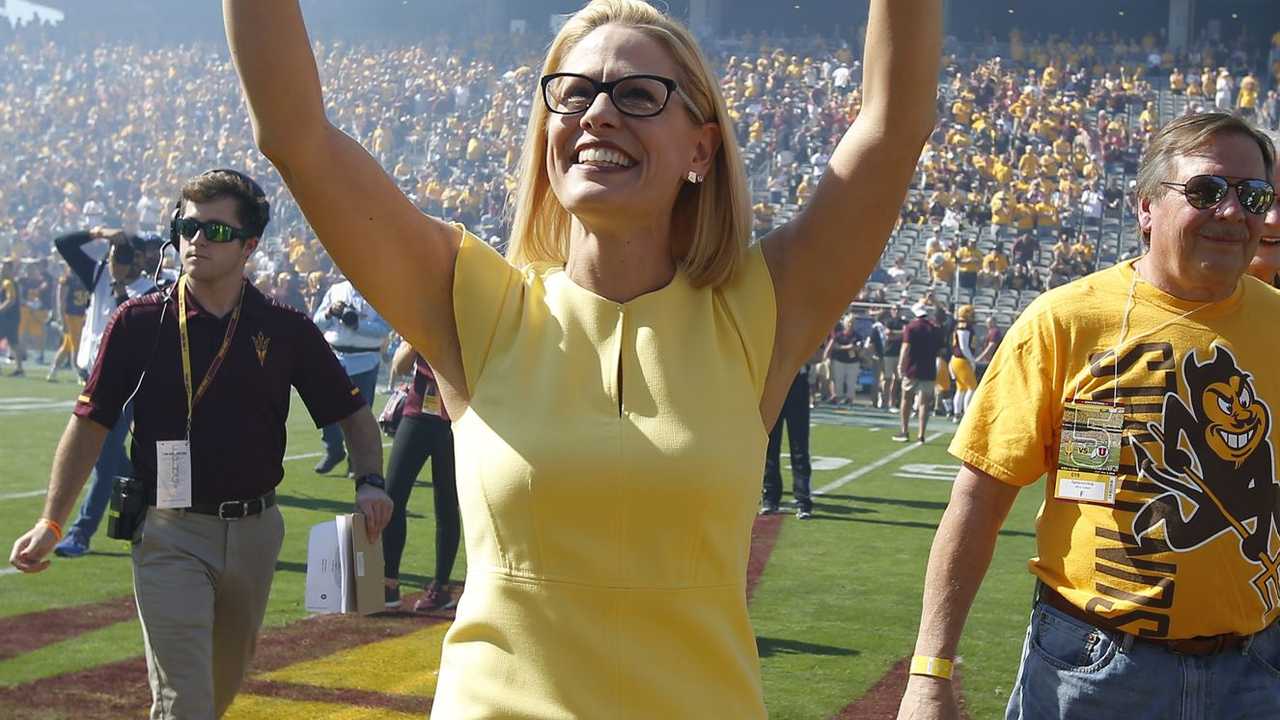 Every step the Democratic Party takes to the left raises the profile of centrist members like Sens. Joe Manchin and Kyrsten Sinema. While it's been entertaining to watch them stand in the way of their party ramming through its radical agenda, nothing has been better than Sinema not giving two you-know-whats about how she’s perceived. This was on display in her thumbs-down “no” vote on an effort to raise the federal minimum wage in the Covid relief bill. Progressives found it “unconscionable,” but instead of issuing a groveling apology, she threw the left’s standards right back at them, pointing out how sexist it is to comment about a “female senator’s body language.”

This week, she riled up progressives again in her response to actress Debra Messing calling her out for “liking” a CNN article titled, “Why very early signs are good for the GOP in 2022.”

Drawing an arrow to Sinema’s “like,” Messing asked if there’s “something you’d like to tell the Democratic Party?”

That sent progressives over the edge.

WOW. You'll give a smart ass response to a tweet from Debra Messing, but you won't respond to your constituents here in AZ about why you voted against a living wage increase/why you're opposed to nuking the filibuster. You ignore Arizonan's and misrepresented yourself campaigning

Then why did you ‘like’ it? Remind me what party elected you again. (Hint: It was not the @GOP).

I knocked on doors for you in 2018, Senator, and I’m very disappointed. I do not plan to offer that level of support again. Stop trying to appease Republicans and help Senate Dems achieve great things.

Others loved to see it.

Imagine how much better politics would be if all politicians (right and left) were more like Sinema. Sorry. I fan girl her. https://t.co/td6TazTlvz