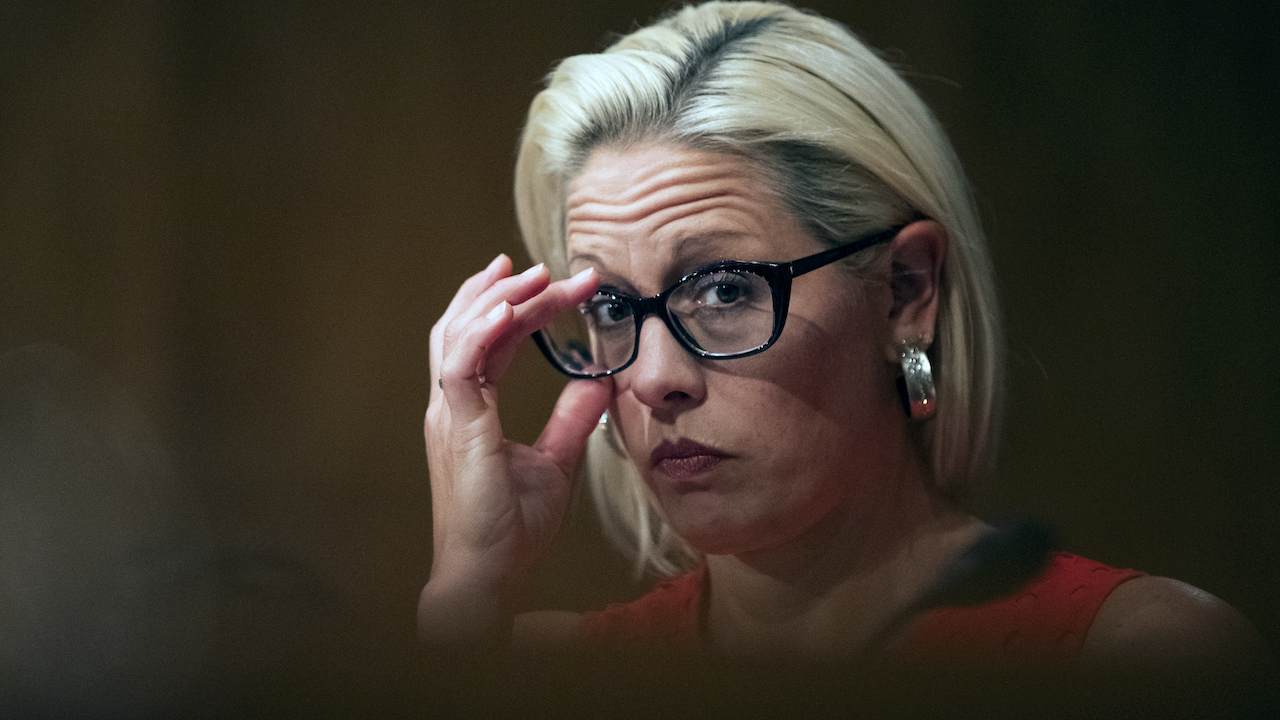 Democratic Sen. Kyrsten Sinema made liberal heads explode last week when she voted "no" on an effort to raise the federal minimum wage to $15 an hour in the Covid relief bill and flashed a thumbs-down on the Senate floor while doing so. But the best part of Sinema’s move came in her response to the backlash.

Matt and Reagan detailed some of the outrage, with progressive group Justice Democrats saying it was "unconscionable" for eight Democrats to oppose the measure, while Sinema was singled out for her "disgraceful behavior."

Senator Sinema a little too happy for poverty wages to remain pic.twitter.com/ze2T2CGtML

But thankfully Sinema didn’t cave and apologize to the progressives. Instead, she used the Left’s own standards in response, proving once again that while she may vote with the Left the vast majority of the time, she certainly has an independent streak and isn’t going to be bullied by the far left.

"Commentary about a female senator’s body language, clothing, or physical demeanor does not belong in a serious media outlet," Hannah Hurley, a spokesperson for Sinema, told The Huffington Post.

“Commentary about a female senator’s body language, clothing, or physical demeanor does not belong in a serious media outlet,” Hannah Hurley, a spokesperson for Sinema, told HuffPost.

As you can imagine, that response set them off too.

GTFO. Since when is doing a gleeful thumbs done have anything to do with being a woman? Wow. Just wow.

Oh no. I am a feminist. I am a woman of color. And I am SO NOT going to let her use sexism as a shield for her offensive glee with which she chose to hurt working people. I don't have anything good to say about the other 8 Dems who voted the same way either. Shameful.

Amanda Terkel complaining about the rules she helped create is twitter gold. https://t.co/TELnDcXznw