Why Mike Lindell Is 'Happy' Dominion Is Suing Him 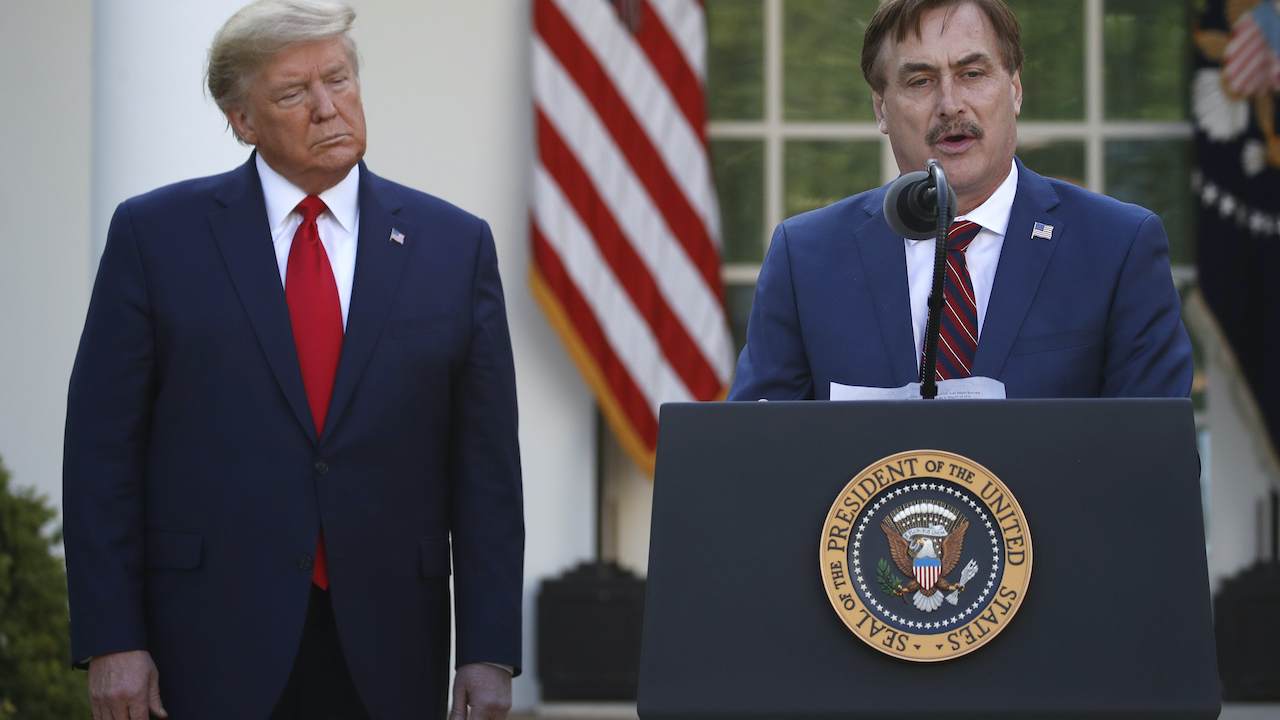 It’s not often that people embrace getting sued, especially to the tune of more than $1.3 billion in damages, but that’s exactly what MyPillow founder and CEO Mike Lindell is doing. In fact, he’s “very happy” about Dominion Voting Systems’ lawsuit against him and his company.

Pointing to media appearances, a film Lindell helped produce, as well as statements he made on social media, Dominion’s complaint alleges Lindell made false election claims about their voting machines.

Dominion’s lawsuit accuses Mr. Lindell of repeatedly and falsely alleging that algorithms in Dominion’s voting machines had stolen votes from Mr. Trump. It said he had undertaken a marketing campaign for the pillow company based on his support for Mr. Trump and the former president’s claims that the election had been stolen from him.

Dominion says the allegations by Mr. Lindell and others have irreparably damaged its reputation, jeopardized its contracts with state and local governments, and prompted death threats and harassment against employees. The company says it supplies election equipment used by more than 40% of U.S. voters.

Federal and state officials have said there is no evidence that any voting system deleted or changed votes in the November election. Election officials have recounted and audited millions of paper ballots in multiple states, which have affirmed the outcomes tabulated by Dominion’s machines. Those states include Georgia, which Mr. Biden carried by less than 12,000 votes out of roughly 5 million. (WSJ)

“I have all the evidence on them,” he told the paper. “Now this will get disclosed faster, all the machine fraud and the attack on our country.”

Dominion CEO John Poulos has repeatedly denied claims of fraud against his company, saying they are baseless.

“The disinformation campaign being waged against Dominion defies facts or logic,” he told Michigan lawmakers in December. “It is critical to set the record straight today on several of the most persistent lies. First, there were no switched or deleted votes involving Dominion machines.”

On Monday, he told reporters Lindell has refused to heed warnings from Dominion.

“Despite repeated warnings and efforts to share the facts with him, Mr. Lindell has continued to maliciously spread false claims about Dominion, each time giving empty assurances that he would come forward with overwhelming proof,” he said, reports WSJ.

Lindell is not alone in being hit by Dominion with legal consequences — the voting machine company has also sued former Trump attorney Rudy Giuliani and lawyer Sidney Powell, among others.