Why Some Georgia Dems Are Already Livid with Warnock, Ossoff 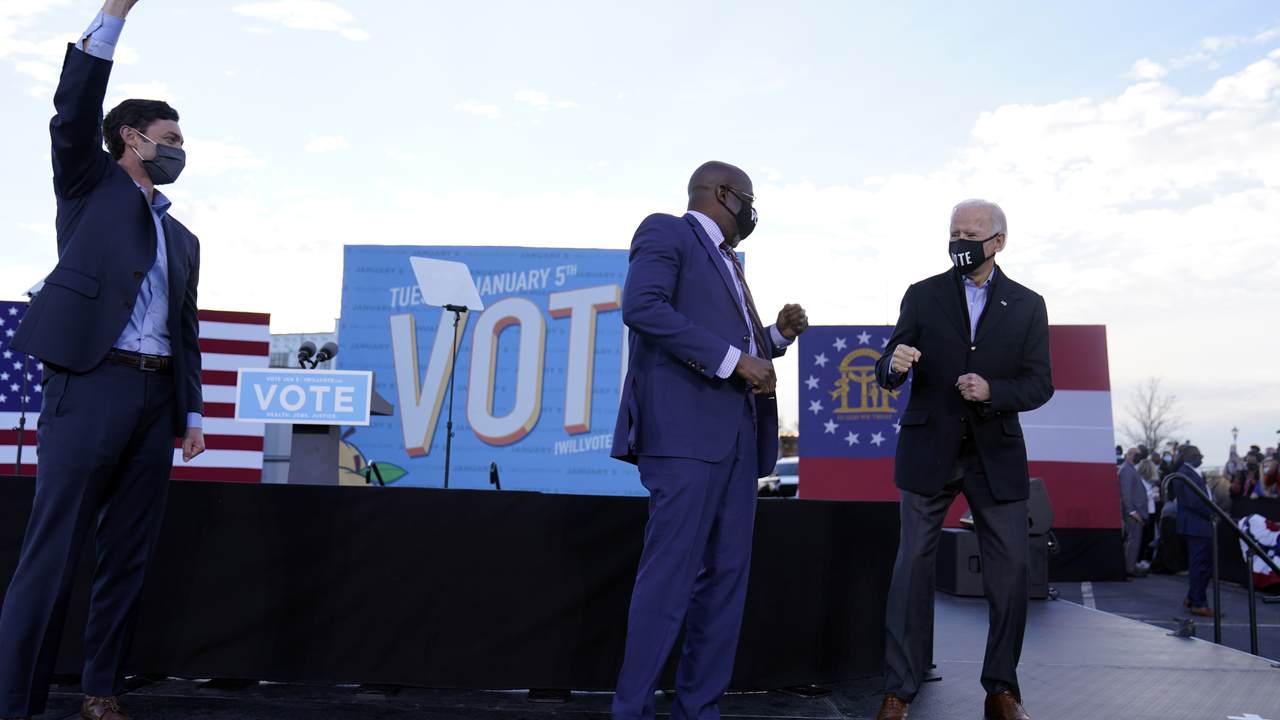 One consideration in voters’ minds that helped them pull the lever for Warnock and Ossoff in the tight race was something the trio of Democrats promised.

“If you send Jon and the Reverend to Washington, those $2,000 checks will go out the door—restoring hope and decency and honor for so many people who are struggling right now,” Biden said at a campaign stop.

Biden's first broken campaign promise. They need to own this and fix it fast. For the (political) sake of Warnock and Ossoff, if no one else. https://t.co/GTtszqrXC2

Ossoff and Warnock promised the same.

I don't know you tell me what this says to you pic.twitter.com/9BsCKwQepc

.@KLoeffler isn't in D.C. fighting for a $2,000 relief check. She's on the campaign trail, trying desperately to save her own job.

She’s fighting for herself. I’ll fight for you. pic.twitter.com/uS5lx4on9B

But the president’s proposal fell short — offering only $1,400 checks.

And now, according to Mediaite, some Democrats in the state are livid.

Oscar Zaro voted for the Democratic Party slate during the recent Senate runoff election. He lives in Hiram, Georgia, just outside of Powder Springs. [...]

“The last few weeks heading towards the runoff election, especially after Trump endorsed the $2,000 payments, Warnock and Ossoff made it a point to endorse and exclusively say ‘$2,000 checks,'” he said. “A lot of the people in my district voted blue in the runoff for two main reasons: (1) Loeffler and Perdue denying us relief during COVID while profiting millions themselves; and (2) $2,000 checks.” [...]

Rogelio Linares, who hails from Atlanta, canvassed innumerable Georgia voters as part of one service industry union’s massive outreach program on behalf of the Democratic Party during the Senate runoffs.

“I was on the ground and I knocked over 1,000 doors,” he told Mediaite in an interview. “At the doors, I was literally telling people, ‘$2K checks, you can rely on this.’ I’m a man of principle and morals and I feel like shit. I lied to them. I was lying to them the whole time. I was lying to people that were relying on this. At the time I didn’t know it was a lie. But that was not the reality.” [...]

“This is pretty much a betrayal of the working class,” he said.

“I know people are pissed off about it,” Linares continued. “People are very mad about it. We are so on our knees as a country–we don’t have much leverage. The working class, small businesses [who are] getting hammered. I’m pissed off, Everyone’s pissed off, union workers are pissed off. It’s sad. It’s absurd. It’s disgusting. But there’s not much people can do.” [...]

When asked if the voters he spoke with during his weeks-long door-knocking efforts expected a check from Biden for $2,000, he answered adamantly in the affirmative.

“One hundred percent,” Linares confirmed. “There’s no denying that. Myself included. The union I work with who had thousands of people on the ground, they were relying on that as well. People were definitely relying on those $2K checks.”

“We were talking about $2,000 checks daily,” he continued. “We were pitching $2K checks because that’s what the campaigns were pushing as well. They were tweeting about it nonstop, posting on Instagram about it nonstop, the senators-elect themselves. They stabbed people in the back. The majority of people I worked with left their jobs for a month. They put their lives on hold and then [the incoming administration] went and stabbed them in the back.” (Mediaite)

One thing Democrats can be assured of is that this will be one among many of Biden, Ossoff, and Warnock's broken campaign promises.