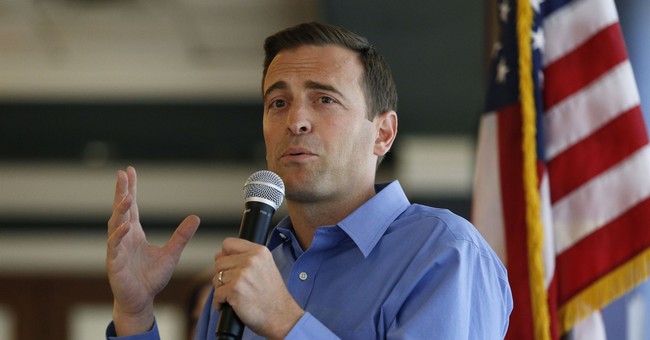 The Trump campaign announced in a press conference Thursday that they are filing a federal lawsuit in Nevada over alleged voter fraud in the state.

“In the last many days, we have received many reports of many irregularities,” said Former Nevada Attorney General Adam Laxalt. “We believe there are dead voters who have been counted, we are also confident there are thousands of people whose votes have been counted that moved out of Clark County during the pandemic. Today, we have a voter, Jill Stokke, who was denied access to vote. And she was told someone had already cast her ballot.”

Laxalt also says Nevada residents who haven't lived here for 30 days prior to voting were "illegally" allowed to cast a ballot. Last month Clark County Registrar of Voters, Joe Gloria, told @FOX5Vegas that rule applies to every election except for the presidential ballot. https://t.co/UIocyzsjAt

He said they are asking for emergency relief to stop the counting of improper votes.

Former Director of National Intelligence Ric Grenell said they had publicly available evidence that nonresidents voted. He argued the lawsuit is being filed to protect legal voters.

“It is unacceptable to have illegal votes counted,” Grenell said. “We’ve asked Clark County for answers, they have no answers. They continue to count illegal votes. It’s unacceptable and it’s giving people a sense that the system is corrupt.”

.@realDonaldTrump's campaign: "The American people want to have confidence in the results that are coming out of Nevada." #Election2020 https://t.co/aEf6djgyLX

While no questions were taken, the campaign said more information about the lawsuit will be available by the day's end.

.@realDonaldTrump's campaign says they will have more information at the end of the day after they file. They refused to take any questions from reporters. https://t.co/2276kI3Sdx

Update: Video of the press conference below.