Ohio Bakery Has a Secret Strategy for Predicting Election Winner...Here's Who's in the Lead 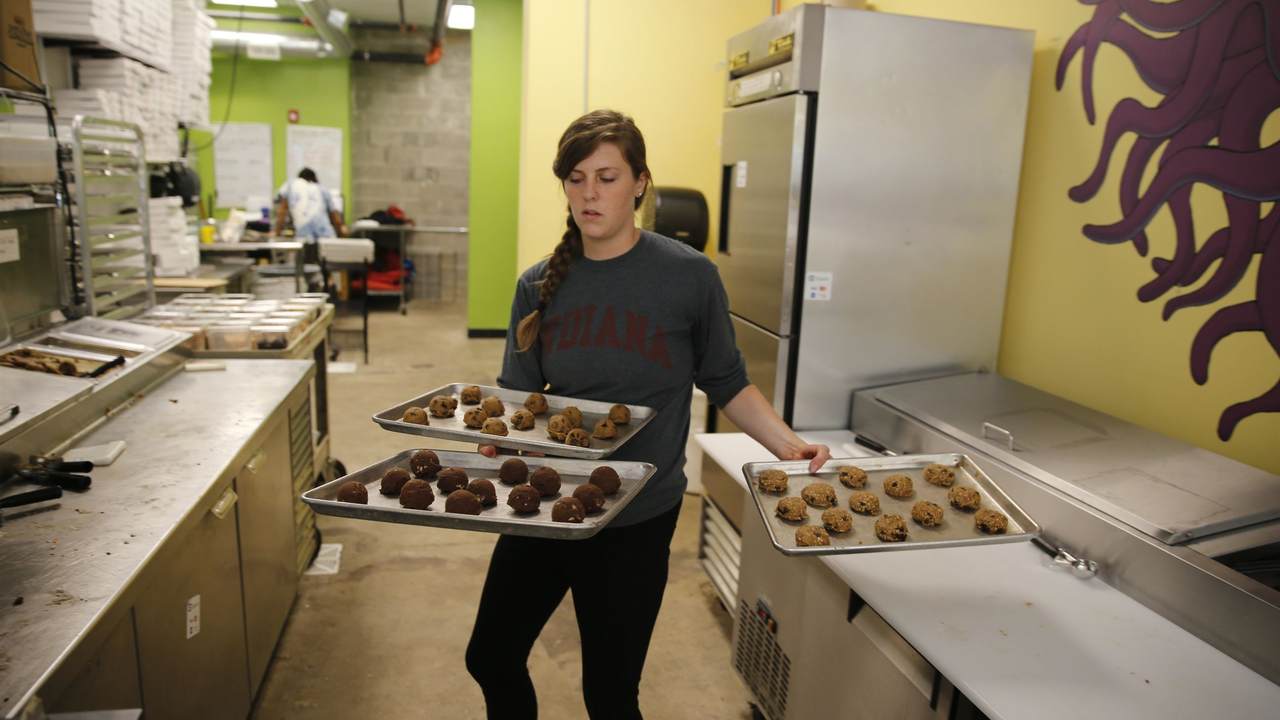 The vast majority of polls in 2016 were notoriously wrong in their predictions about whether Hillary Clinton or Donald Trump would pull off a victory, but one cookie company in Ohio wasn’t—and it hasn’t been for the last nine presidential elections.

For more than 30 years, the Busken Bakery chain out of Cincinnati, Ohio, has been conducting its own presidential election surveys in the form of cookie sales.

This year’s matchup comes in the form of two types of cookies, a blue one with a caricature of Joe Biden and a red one of President Trump. The three stores in the area call it their 2020 Presidential Cookie Poll: Follow Your Gut. As of Monday, Trump was ahead 8,439 to Biden’s 7,052.

"The funny thing is they don't necessarily realize that this is them placing their vote and so they'll get the opposite side as a joke for their friends and I'll be like, 'You do realize this is counting towards your vote,' and they're like 'Oh, no' and then they'll switch it back," Hyde Park Busken manager Joshua Stayton told WVXU.

So while President Trump may be trailing Biden by an average of 7.9 percentage points in national surveys, according to RealClearPolitics, perhaps voters ought to look at scientifically dubious, though apparently more reliable, projections like Busken Bakery's.

McConnell Issues a Warning About Biden's Potential Supreme Court Pick
Townhall
Oops: White House issues a 'corrected' chart showing economic growth during Biden's first year
Twitchy
‘Woke’ Sports Website Issues Embarrassing Correction After Karma Hits Writer Right Where It Hurts
Redstate
What if They Had a War But There Was No One There to Begin With?
PJ Media