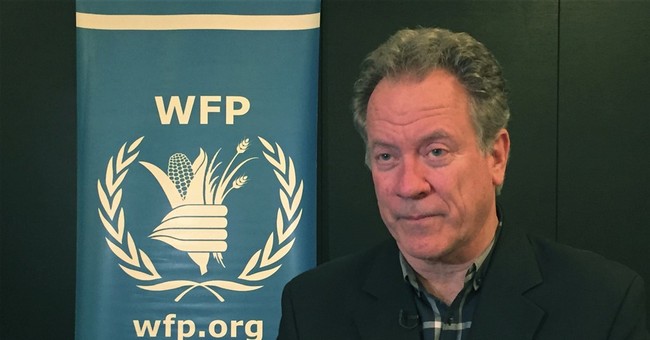 The Nobel Committee announced Friday morning that the 2020 Peace Prize was awarded to the World Food Program, a United Nations agency, for its efforts during the pandemic to combat global hunger, laying the foundations for peace in war-torn countries.

“In the face of the pandemic, the World Food Program has demonstrated an impressive ability to intensify its efforts,” Berit Reiss-Andersen, the chair of the Norwegian Nobel Committee, said in Oslo while announcing the prize. “The combination of violent conflict and the pandemic has led to a dramatic rise in the number of people living on the brink of starvation."

As the global fallout from the pandemic began this spring, the World Food Program estimated that the number of people experiencing life-threatening levels of food insecurity could more than double this year, to 265 million.

David Beasley, the program’s executive director, said the WFP was “deeply humbled” to be honored with the prize.

“This is the first time in my life I’ve been speechless,” he said in a video message. “They’re out there in the most difficult, complex places in the world — whether its war, conflict, climate extremes, it doesn’t matter. They’re out there and they deserve this award.”

We are deeply humbled to receive the #NobelPeacePrize. This is an incredible recognition of the dedication of the @WFP family, working to end hunger everyday in 80+ countries.

Thank you @NobelPrize for this incredible honor! pic.twitter.com/bHcS0usWQa

According to Newsweek, "Beasley supported Trump during his 2016 election campaign" and "was tapped to lead the WFP in 2017, by then-U.S. ambassador to the U.N., Nikki Haley." He served as Republican governor of South Carolina from 1995-1999.

Trump has been nominated for the 2021 Nobel Peace Prize for brokering the Abraham Accords, which normalized relations between Israel and the United Arab Emirates, and brokering a peace deal between Serbia and Kosovo.