Biden Gets Military Deaths From Coronavirus Wrong by a Long Shot 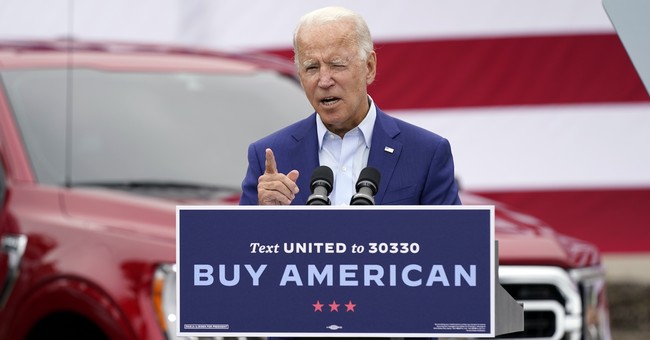 Democratic presidential nominee Joe Biden made a widely inaccurate claim about the number of coronavirus deaths among military members on Wednesday, saying that more than 6,000 have died from the virus.

According to the Department of Defense, those figures were grossly inflated. The number of coronavirus infections in the military is slightly above 40,000, while seven have died.

Former Vice President Biden said today that more than 6,000 members of the US military have died due to the coronavirus. The actual number is seven according to the @DeptofDefense https://t.co/AJmCelSpOD

After the event, his campaign explained that he mixed up the numbers for Michigan with the military’s. The Johns Hopkins coronavirus tracker says 6,811 people in Michigan have died from the virus, however, not 6,114.

"Vice President Biden has the utmost respect for the men and women of the armed services and believes it's the sacred duty of our country to properly equip them, look after their families when they're deployed, and care for them when they return,” Biden’s Deputy Rapid Response Director Michael Gwin told Fox News. “To honor their service, the Vice President carries with him each day a card detailing the number of Americans who have given their lives for our country in Iraq and Afghanistan, and frequently cites that number to recognize their sacrifice."

This is just sad. Not only does @JoeBiden get the number of military COVID deaths disastrously wrong (a factor of 1,000) but he also struggles to read basic numbers. And the search for his notes is too jarring to be funny. Joe ain’t all there. https://t.co/fDyET1U0cp via @YouTube

Even @CNN is calling out ?@JoeBiden’s? lies??

This is not the first time the former vice president has been wildly off when citing statistics. In June he claimed 120 million Americans had died from COVID-19, though he did correct himself to say 120,000. As of this week, coronavirus deaths in the United States stands at slightly more than 190,000 deaths.

Biden also botched the number of gun deaths during a Democratic primary debate in February, claiming that 150 million Americans had died since 2007 from gun violence. A member of Biden’s campaign later said he meant to say thousand instead of million.

President Trump and others were quick to