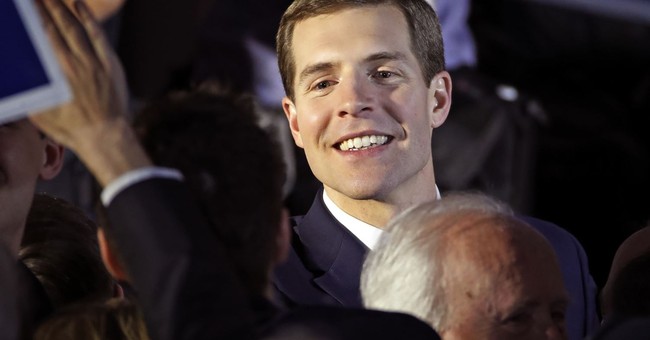 During a video biography about Joe Biden’s life at the Democratic National Convention, voters were able to really get a feel for how long the former vice president has been in office. But those decades of experience come at a cost—why should voters trust him to fix things now when he had so much time to make an impact before?

Democratic Rep. Conor Lamb admitted that Biden has a lot of explaining to do, since Pennsylvania lost a “ton” of jobs while he was in office.

“I think in a part of the country like mine, there has been a 30 or 40-year period long before President Trump came along, where we lost heavy industry, we lost jobs in coal, we lost jobs in steel, a ton of manufacturing has gone overseas to Mexico and China,” he told CNN. “And so I think anybody who was serving in public office during that period is going to have a challenge to come to a place like Western Pennsylvania and say we can get this back on track. We can create new jobs. They will pay better. We will secure your retirement but deal with the history of all of that. I'm new so, you know, nobody really held me accountable for that, but Vice President Biden has been around longer.”

Democrat Rep. Conor Lamb admits: during Joe Biden’s decades in office, "we lost heavy industry, we lost jobs in coal, we lost jobs in steel, a ton of manufacturing" in PA pic.twitter.com/IAJxonkSU2

This was one of the reasons Pennsylvania residents recently told Fox News’s Lawrence Jones they do not support Biden.

“He had 40 years to make it right here, we’re still distressed,” one man said. “Eight years as vice president, what magical wand now is he going to wave now to make it work?”

Another resident said: “He’s had eight years as vice president, didn’t do anything, no record to speak of, he’s been a professional politician for 47 years.”