Ohio Capital Is Removing Its Statue of Christopher Columbus 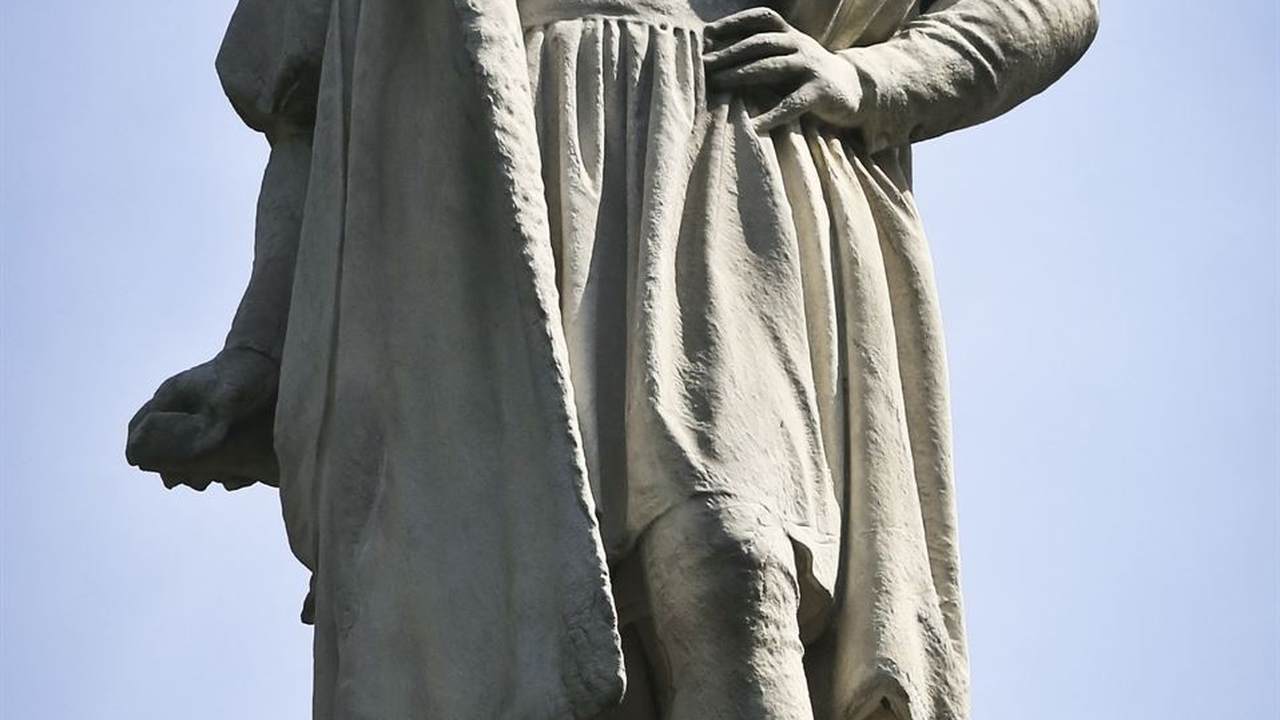 It's no surprise Confederate monuments are being vandalized and targeted for removal as Black Lives Matter demonstrations sweep the nation. But Cultural Marxists haven't stopped there, of course. Washington, Jefferson, and Columbus became obvious targets to the mob (although even statues of people who were way ahead of their time on matters concerning racial equality weren't spared).

A statue of Christopher Columbus was removed from a San Francisco park Thursday before protesters could deface and pull it down during demonstrations planned for Friday. But in Columbus—Ohio's capital city named after the explorer—he wasn't safe either. On Thursday, Mayor Andrew Ginther said the city would be taking down a statue of him in front of City Hall. According to WOSU Radio, the statue was a gift from Genoa, Italy, Columbus's birthplace, in 1955.

The City Hall statue, long the target of local protests, is one of three Christopher Columbus statues in the city. Earlier this week, Columbus State Community College announced it would remove a statue of the Italian explorer that stands on its downtown campus. A third remains in front of the Ohio Statehouse.

The Columbus statue at City Hall and Columbus State were both vandalized Tuesday night, following the school's announcement. (WOSU Radio)

"For many people in our community, the statue represents patriarchy, oppression and divisiveness. That does not represent our great city, and we will no longer live in the shadow of our ugly past," Ginther said in a statement. "Now is the right time to replace this statue with artwork that demonstrates our enduring fight to end racism and celebrate the themes of diversity and inclusion."

The statue will be put in storage as the Columbus Art Commission leads an effort to find a piece that "better reflects the people of Columbus and offers a shared vision for the future."

Mayor Andrew J. Ginther has announced that the Christopher Columbus statue on the Broad Street side of City Hall will be removed as soon as possible and placed in storage. pic.twitter.com/QU8Lpjp8z3

Of course, progressives weren't happy with that either. They want it completely destroyed, not stored, and the city's name to be changed, too.