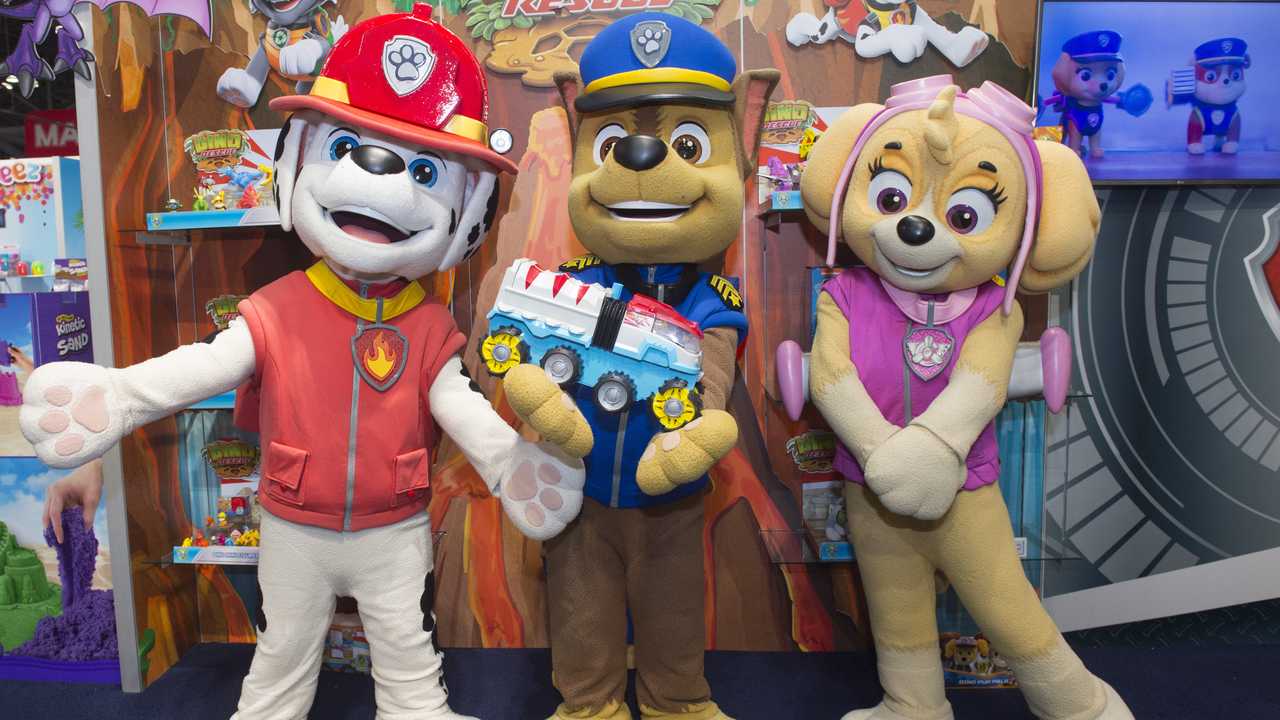 In the wake of George Floyd's death in police custody, the mob took to the streets, protesting, rioting, and looting stores. Then they turned their attention to the police, calling for entire departments to be defunded and disbanded. Next, America's culture and history came into view, with leftist activists destroying monuments, and targeting classics such as "Gone With the Wind" and decades-old police shows like "Cops," which was wiped out in an instant.

The cancel culture swiftly moved on to children's programming and toys. Lego paused marketing on its police and White House sets. And then they came for "Paw Patrol," the cartoon loved by toddlers everywhere.

Ryder, Chase, Marshall, Rocky, Zuma, Everest, Skye, and Rubble didn't see it coming. But here they are, caught up in the culture wars of 2020.

From the paper of record:

It was only a matter of time before the protests came for “Paw Patrol.”

“Paw Patrol” is a children’s cartoon about a squad of canine helpers. It is basically a pretense for placing household pets in a variety of cool trucks. The team includes Marshall, a firefighting Dalmatian; Rubble, a bulldog construction worker; and Chase, a German shepherd who is also a cop. In the world of “Paw Patrol,” Chase is drawn to be a very good boy who barks stuff like “Chase is on the case!” and “All in a police pup’s day!” as he rescues kittens in his tricked-out S.U.V.

But last week, when the show’s official Twitter account put out a bland call for “Black voices to be heard,” commenters came after Chase. “Euthanize the police dog,” they said. “Defund the paw patrol.” “All dogs go to heaven, except the class traitors in the Paw Patrol.”

It’s a joke, but it’s also not. As the protests against racist police violence enter their third week, the charges are mounting against fictional cops, too. Even big-hearted cartoon police dogs — or maybe especially big-hearted cartoon police dogs — are on notice. The effort to publicize police brutality also means banishing the good-cop archetype, which reigns on both television and in viral videos of the protests themselves. “Paw Patrol” seems harmless enough, and that’s the point: The movement rests on understanding that cops do plenty of harm. (The New York Times)

Promoting her piece on Twitter, the author called the show her "pet peeve" and said she doesn't "want to bring a child into a world where paw patrol is available to stream."

On Twitter, some expressed shock that the cancel culture would come for an innocent children's show while others observed that the woke mob always has to one-up each other.

Absolutely idiotic. This exposes how unserious and *malevolent* the mob really is. "The Protests Come for ‘Paw Patrol’ ; A backlash is mounting against depictions of “good cops,” on television and in the street" https://t.co/kw9jehuWSo

Wokeness is competitive. You have to be more radical than other protesters. They vandalise Colston, you vandalise Churchill. They cancel Rhodes, you cancel Gladstone. They attack Gone With The Wind, you attack Paw Patrol. https://t.co/A6g4Hg5yax

As The Federalist noted, society and children, in particular, need "good cop portrayals" to "look up to" -- sending Chase the police dog over Rainbow Bridge won't do anything in the fight against racism or police brutality, but it will enrage children, their parents, and normal people everywhere.