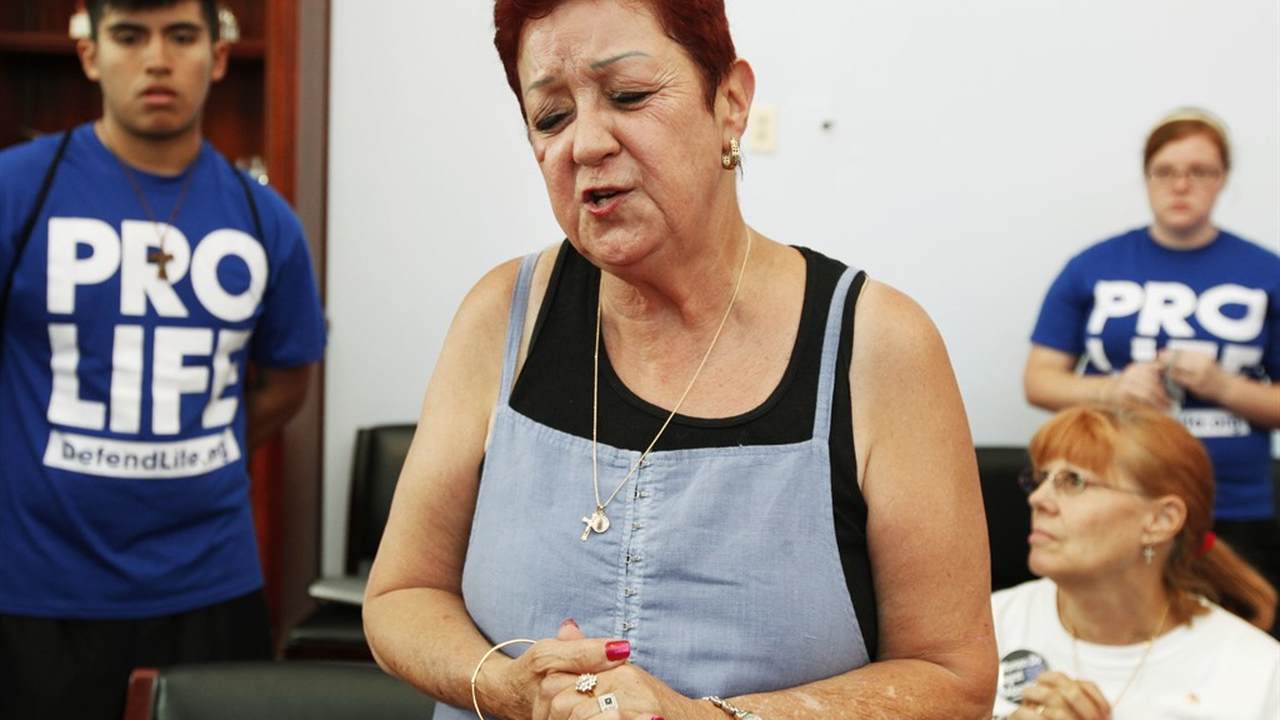 Norma McCorvey, better known as Jane Roe from the infamous 1973 Supreme Court decision, Roe v. Wade, explained in 2012 that everything she said in that case was a lie.

While she did spend years as a pro-choice advocate and worked in an abortion clinic, she never actually had an abortion and admitted she was convinced by feminists lawyers to lie to the court, to say she was raped.

“Since then, over 50 million babies have been murdered,” she said. “I will take this burden to my grave.”

In the decades after the landmark decision, McCorvey was actively involved in and supported the pro-life movement.

But in a new documentary film titled AKA Jane Doe that features McCorvey just before her death, she appears to reveal that her pro-life position was taken in exchange for money, the liberal Daily Beast reports.

In the final third of director Nick Sweeney’s 79-minute documentary, featuring many end-of-life reflections from McCorvey—who grew up queer, poor, and was sexually abused by a family member her mother sent her to live with after leaving reform school—the former Jane Roe admits that her later turn to the anti-abortion camp as a born-again Christian was “all an act.”

“This is my deathbed confession,” she chuckles, sitting in a chair in her nursing home room, on oxygen. Sweeney asks McCorvey, “Did [the evangelicals] use you as a trophy?” “Of course,” she replies. “I was the Big Fish.” “Do you think you would say that you used them?” Sweeney responds. “Well,” says McCorvey, “I think it was a mutual thing. I took their money and they took me out in front of the cameras and told me what to say. That’s what I’d say.” She even gives an example of her scripted anti-abortion lines. “I’m a good actress,” she points out. “Of course, I’m not acting now.” (Daily Beast)

What to make of this? For starters, keep in mind the full, unedited interview has not been released. But several prominent pro-lifers who knew McCorvey personally say something doesn't add up.

In private email exchanges to this author [Steven Ertelt of LifeNews.com] over the years prior to her death, she never vacillated from her pro-life views and repeatedly thanked LifeNews for standing up for unborn babies.

Father Frank Pavone spent many years with McCorvey and personally facilitated her conversion to become a Catholic. He says the Norma presented in the documentary and pro-abortion articles about it is vastly different from the woman he knew.

“One would think that any normal or honest person who wants to understand the journey of Norma McCorvey would talk with those who journeyed with her. I knew her and was one of her key spiritual guides for 22 years, starting in 1995 with her baptism, right through the conversation we had on the day she died,” he told LifeNews. “Yes, she not only rejected abortion, but she became a new creation in Christ. I received her into the Catholic Church and rejoiced together with her as she discovered day by day the joy of prayer, and in her final years made rosaries by hand to help others experience that same joy. Her desire to protect children in the womb was no act.”

“I was privileged to lead and preach at her funeral. I knew her struggles and her pain. She didn’t just have positions; she had deep wounds because of her involvement with Roe vs. Wade, and I guided her through the healing of those wounds, in the quiet hours of struggle that nobody saw or heard about. Those are things you don’t fake,” Pavone added.

He concluded: “There have always been people who have tried to re-shape her story, or get her to reshape it. She resented that and would resent it today. Norma was not somebody you could come to know in a snapshot, in an interview, or even in years of interviews. I’ll have a lot more to say about this once I see the documentary.”

Kristan Hawkins, the president of Students for Life of America, also knew Norma personally and attested to the consistency of her pro-life beliefs.

“Norma always spoke with passion about her pro-life convictions, which represented a huge and public shift from how she had been seen for so long,” Hawkins shared with LifeNews. “I believe the woman that I personally knew who lived a painful and complicated life, but spoke directly about how she felt about it.”

Hawkins believes the documentary is little more than an effort to use a damaged elderly woman for political gain.

“And I also don’t believe that Fx is a good actor, when you consider that earlier this year, they went after the iconic Phyllis Schlafly. Tearing down pro-life champions won’t work for those of us who have had the privilege of knowing the real people behind the headlines.” (Life News)

For many pro-life advocates, the deathbed confessional appears to be another attempt to exploit "a frail and broken McCorvey with a last-minute interview to further their agenda," Ertelt explains.

Now, grossly, after her death, they use her again to push for killing children, despite her dedication to ending the violence

The abortion industry loves exploiting those unable to speak for themselves pic.twitter.com/cXqDEYb3m4

What @vicestudios & @iamnicksweeney are doing to drag "Jane Roe" Norma McCorvey’s name, after her death, is disgusting. She spent her last 20+ yrs fighting abortion.
She defied the abortion lobby & their control. Now abortion activists twist her words when she can't fight back.

I’ve been in touch with many of Norma’s personal friends - people who knew and loved Norma personally for years. They share that her conversion was real, and that she felt tormented by the deadly law that has led to the deaths of over 60 million children. #NormaMcCorvey