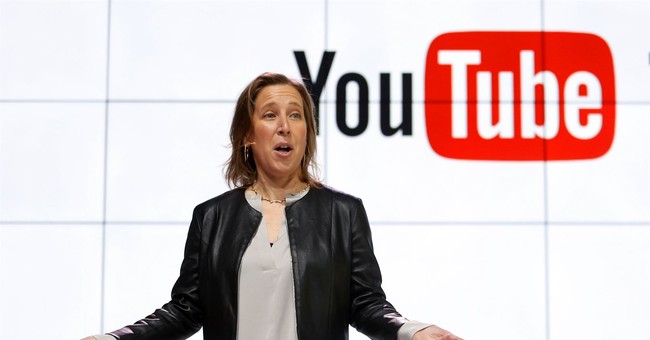 There is disagreement in the medical community over how much longer many parts of the country should be under strict lockdown orders. In California, two Bakersfield-area doctors are pushing for Gov. Gavin Newsom to lift the order.

Their recommendation came after looking at the statistics from their urgent care facility, which they said showed coronavirus was similar to the flu. Other doctors in the state disagreed.

The video, which featured Dr. Daniel Erickson, was viewed millions of times but then was removed for violating YouTube’s terms, which Fox News’s Tucker Carlson found to be the most troubling aspect of the story.

If there is one thing Americans need more of right now, it's informed debate, he argued, and that's exactly what authorities don't want.

Carlson's remarks came after YouTube removed a highly circulated video featuring Dr. Daniel Erickson of Bakersfield, Calif. In the video, Erickson alleged that doctors were encouraged to link deaths to COVID-19 to amplify concerns about the pandemic. (FoxNews.com)

"Viewers of Erickson's video were shocked and transfixed by this. They forwarded the videos to friends, who forwarded it on to their friends and suddenly millions of people who spent the last six weeks on a diet of 'Tiger King' and internet memes were watching sober-minded medical researchers reading from charts of statistics," Carlson said.

"Last night, the doctor's video was pulled off of YouTube. It wasn't an accident, YouTube admitted doing it. The company cited a violation of company guidelines and didn't apologize."

"When this is all over, it’s likely we'll look back on this moment, what YouTube just did, as a turning point in the way we live in this country, a sharp break with 250 years of law and custom," Carlson said.

He noted that the video was made by a local news station and there was absolutely no reason to remove it other than the fact that it disagreed with those in power.

"It was a form of dissent from orthodoxy. YouTube and its parent company Google have now officially banned dissent," Carlson said.

YouTube's CEO Susan Wojcicki said Sunday that content considered "problematic" and that went against the World Health Organization's recommendations would be removed.

Carlson of course pointed out how absurd it was to follow that standard since the WHO has been wrong about the pandemic from the start, at first reassuring people there was no human-to-human transmission, that travel shouldn't be restrict, then saying face masks don't work.

"Those are lies and they were welcome on Google's platforms. Doctors who were treating patients with the virus, meanwhile, have just been banned," Carlson said. "So no. This is not about science Censorship never is about science, it's about power. Big technology companies are using this tragedy to increase their power over the population."