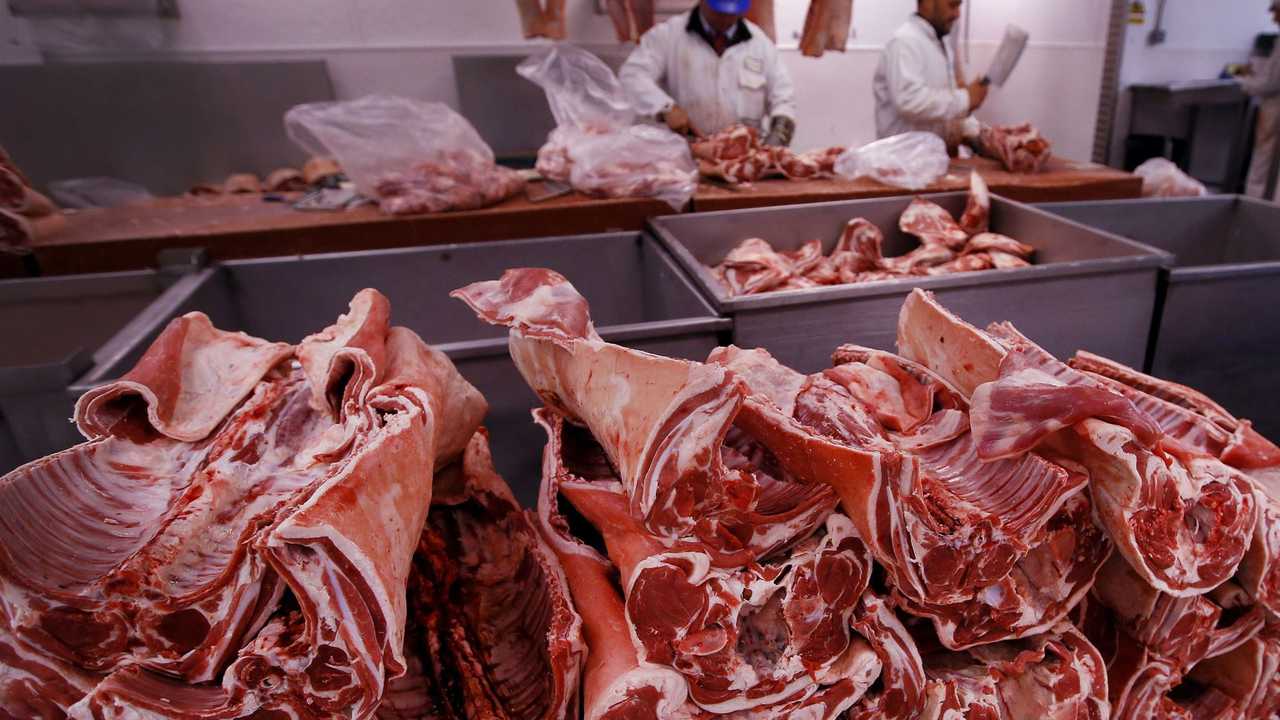 John Tyson, the CEO of Tyson Foods, warned in a full-page ad Sunday that the “food supply chain is breaking” amid the coronavirus pandemic.

Food processing plants have been forced to temporarily close in some parts of the country and that, in turn, means that “millions of pounds of meat will disappear from the supply chain,” he said.

Product supply will be limited in grocery stores while at the same time there is a food waste issue, Tyson argued.

“Farmers across the nation simply will not have anywhere to sell their livestock to be processed, when they could have fed the nation,” he said. “Millions of animals – chickens, pigs and cattle – will be depopulated because of the closure of our processing facilities. The food supply chain is breaking."

But on Monday, The Counter, a “nonprofit newsroom investigating the forces shaping how and what America eats,” pushed back on those claims in a series of tweets--one of which President Trump retweeted Tuesday morning.

But while plant closures may lead to temporary meat shortages, the system is not likely to break down—despite the severity of current challenges.@JessTiaFu and @hclaire_brown explain why here: https://t.co/ITRSamRXhm 3/ pic.twitter.com/2RzhMW3XKw

Case in point: Pork loins in cold storage reached an all-time high this year—nearly 50 million pounds, the most since records started to be kept in 1960. (Source: https://t.co/oXceAFHuA3)

These frozen stockpiles will make up for any lost processing capacity in the short term. 5/

Right now, there is no lack of animals to process. With plants closed, farmers and ranchers have fewer markets to sell into—so the slaughterhouses that remain open are likely to see supply gluts. 7/

We’ve reported on Too Big to Pivot issues in the grain, dairy, and produce industries, too. It’s a vulnerability laid bare by this pandemic: Huge, top-down supply chains may be ruthlessly efficient, but they’re not nimble. https://t.co/982CmF2ug5 9/ pic.twitter.com/z2dM5SifPK

It’s distressing to see big meatpackers in flux, because just 4 of them dominate 80% of the supply chain. But they’re not the *entire* supply chain. Hangups at the largest, most crowded plants don’t mean the whole system is in trouble.
11/

Companies like Tyson have been hit hard by Covid-19. But they are also powerful, with plenty of cash (and vast warehouses of frozen meat) on hand.

They may be struggling now, but they have the political, financial, and infrastructural resources they’ll need to survive.
end/