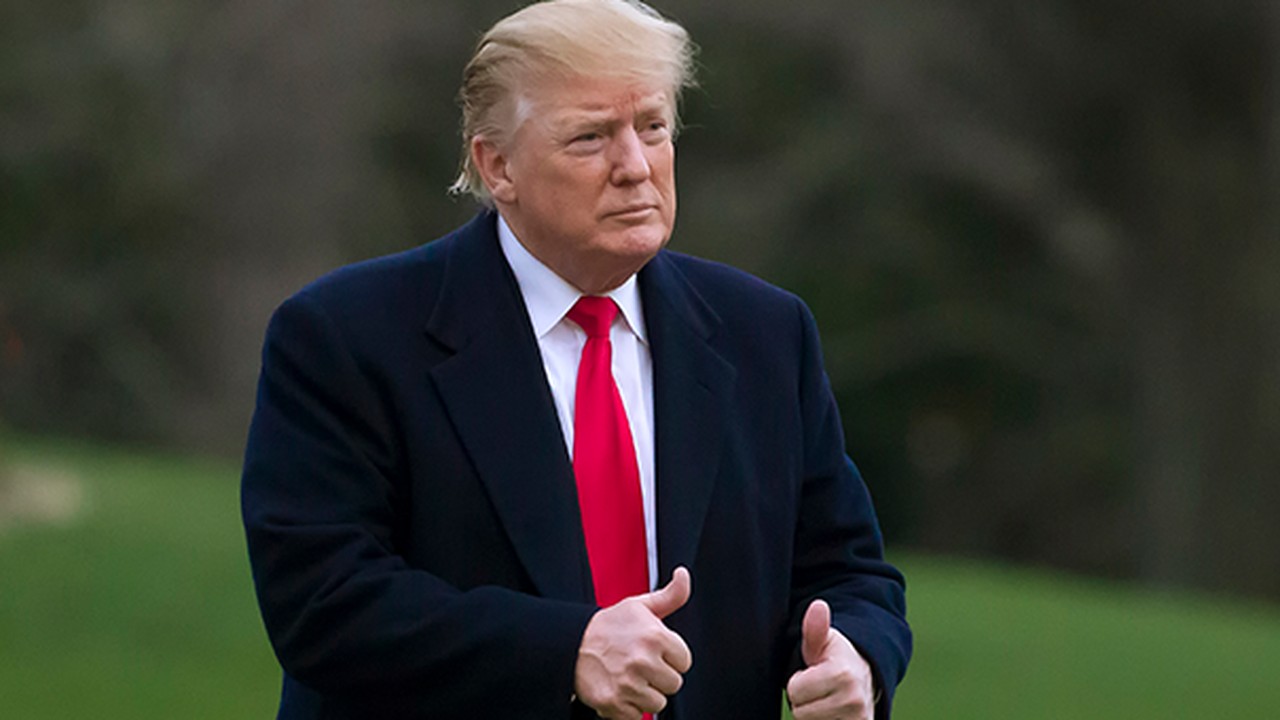 Like so many Americans across the country, the Trump campaign is reportedly stepping up to say thank you to healthcare workers who are on the frontlines of this coronavirus crisis, while also helping support local restaurants that are trying to make ends meet.

"Since last Thursday, President Trump's reelection campaign has been calling up local restaurants and ordering large amounts of food to be delivered to more than a dozen hospitals in New York, New Jersey, Washington state and Michigan," Fox News reports. "The campaign has been placing these orders anonymously, but Fox News learned about the effort — and sources confirmed it."

A source told the news outlet that there isn't anything political "tied" to the donations. "We're just trying to, you know, show a thank you."

According to the report, tens of thousands of dollars have already been spent from the campaign's coffers on the effort, which will likely continue in the days and weeks ahead.

“They only told us their first name,” an employee of Giovanni’s told Fox News on Thursday. “They called us, and they had us donate meals for the nurses and doctors — an assortment of things, 40 platters of pasta, salads, sandwiches.”

The employee added: “We’re happy to do it. Trust me.”

Sources told Fox News that the campaign also ordered from Nick’s Grill in Kirkland, Wash.; Chit Chat Diner in Morristown, N.J.; Turning Point of Long Branch, N.J.; and Antonio’s Trattoria in the Bronx, N.Y., among others.

The manager of Antonio’s Trattoria, in an interview with Fox News, said that a man called the restaurant Monday to have “100 individual orders” delivered to Lincoln Hospital in the Bronx.

“It was 20 penne vodkas, 20 pastas with tomato sauce, 30 chicken parmesans, and 30 house salads with grilled chicken,” the manager told Fox News. “He only gave his first name and said he wanted to remain anonymous.” (Fox News)

"It's like military people going into battle, going into war. The bravery is incredible," he said. "I would take my hat if I was wearing a hat. I'd rip that hat off so fast and I would say, 'You people are just incredible.' They really are. They're really brave."

Share this on Facebook
Tweet
If the Trump WH Ever Gave an Answer Like This About COVID, The Press Would Have Had a Total Meltdown
Matt Vespa
Banks: Pelosi Doesn't Want 'Tough Questions' Because She's Responsible for Breakdown of Security on Jan. 6'
Rebecca Downs
Tucker Carlson Accosted By Hater in Montana Tackle Shop: 'You Are the Worst Human Being'
Rebecca Downs
Anthony Fauci Defends Funding of Wuhan Lab: 'Would Be Negligent' to Not 'Pursue That Research'
Rebecca Downs
Gretchen Whitmer Will Be Stripped of Her Emergency Powers
Rebecca Downs
New CA Recall Poll Sends 'Big Warning Signs' to Newsom
Leah Barkoukis
CARTOONS | Bob Gorrell
View Cartoon
Most Popular

It’s Fun Watching The Press Humiliate Itself
Townhall
'My butt's been wiped'?: People are trying to figure out what Joe Biden said to reporters upon returning to the White House on Sunday
Twitchy
Did Joe Biden Say "My Butt's Been Wiped" in Response to an Immigration Question?
Redstate
Why Greeks Hate Jews, or Talmud and Tragedy
PJ Media