Fact Check: No, Trump Did Not Say People with Coronavirus Should Go to Work 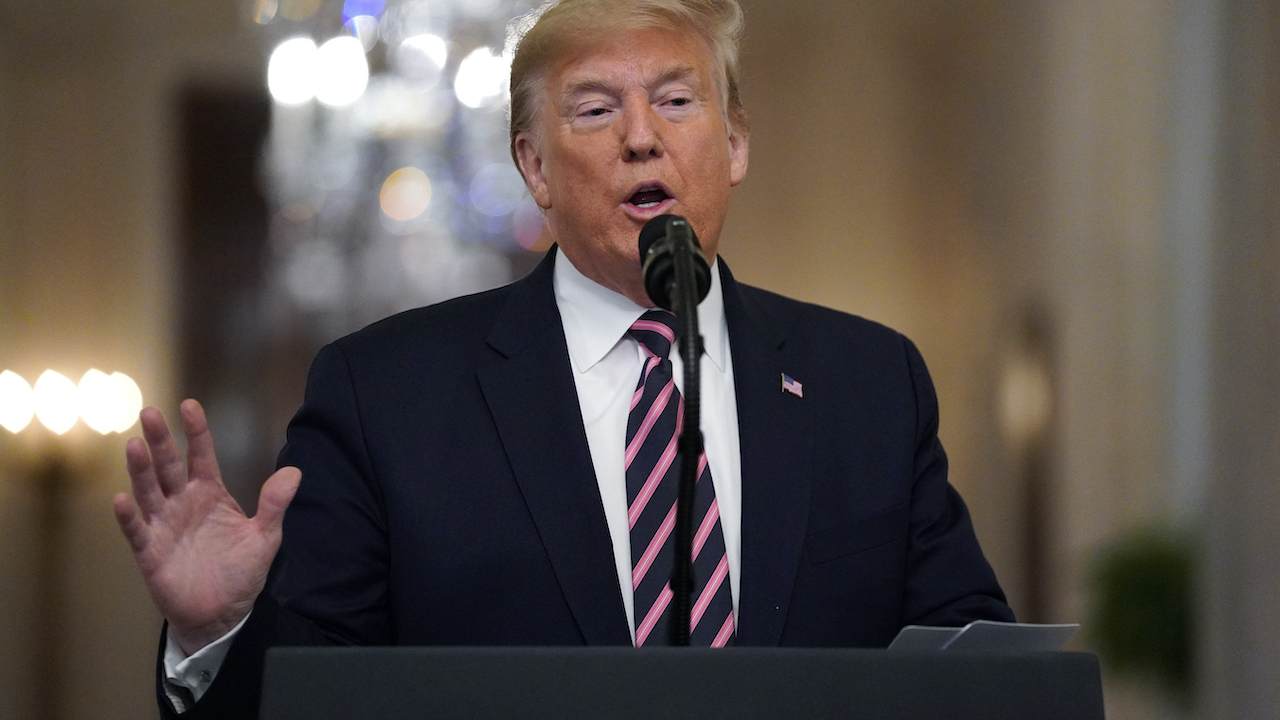 Fox News' Sean Hannity asked President Trump for his reaction during a phone interview Wednesday about WHO Director-General Tedros Adhanom Ghebreyesus's assessment that "globally, about 3.4% of reported COVID-19 cases have died."

President Trump began by questioning the figure, pointing to the mild cases people have that go undiagnosed.

Some critics found it irresponsible that Trump would question the accuracy of the number, but a Harvard Medical School professor and emergency medicine physician wrote in Slate, of all places, that COVID-19 is not "as deadly as we think."

Here's what he had to say:

These frightening numbers are unlikely to hold. The true case fatality rate, known as CFR, of this virus is likely to be far lower than current reports suggest. Even some lower estimates, such as the 1 percent death rate recently mentioned by the directors of the National Institutes of Health and the Centers for Disease Control and Prevention, likely substantially overstate the case.

We shouldn’t be surprised that the numbers are inflated. In past epidemics, initial CFRs were floridly exaggerated. For example, in the 2009 H1N1 pandemic some early estimates were 10 times greater than the eventual CFR, of 1.28 percent. Epidemiologists think and quibble in terms of numerators and denominators—which patients were included when fractional estimates were calculated, which weren’t, were those decisions valid—and the results change a lot as a result. We are already seeing this. In the early days of the crisis in Wuhan, China, the CFR was more than 4 percent. As the virus spread to other parts of Hubei, the number fell to 2 percent. As it spread through China, the reported CFR dropped further, to 0.2 to 0.4 percent. As testing begins to include more asymptomatic and mild cases, more realistic numbers are starting to surface. New reports from the World Health Organization that estimate the global death rate of COVID-19 to be 3.4 percent, higher than previously believed, is not cause for further panic. This number is subject to the same usual forces that we would normally expect to inaccurately embellish death rate statistics early in an epidemic. If anything, it underscores just how early we are in this. (Slate)

Now, back to Trump's response about people with mild cases. He said those people may continue going about their daily lives, including going to work, not knowing they have it. He never said people who know they are infected should go to work, which is what media personalities and some news reports have claimed.

In this clip, Trump:
1. Denies WHO's coronavirus death rate based on “hunch"
2. Calls coronavirus "corona flu"
3. Suggests it's fine for people w/ Covid-19 to go to work
4. Compares coronavirus to "the regular flu," indicating he doesn't get the difference pic.twitter.com/uC9c03zX31

It's not helpful when the President disputes official WHO death rate numbers & tells people who have coronavirus to go back to work... https://t.co/B2UVZico5e

"Well, I think the 3.4% is really a false number. Now, this is just my hunch, and, but based on a lot of conversations with a lot of people that do this -- because a lot of people will have this, and it's very mild. They will get better very rapidly. They don't even see a doctor. They don't even call a doctor. You never hear about those people. So, you can't put them down in the category of the overall population in terms of this corona flu and, or, virus. So you just can't do that. So if we have thousands or hundreds of thousands of people that get better, just by sitting around, and even going to work, some of them go to work, but they get better. And then when you do have a death — like you had in the state of Washington, like you had one in California, believe you had one in New York — you know, all of a sudden, it seems like three or four percent, which is a very high number, as opposed to a fraction of one percent.

The president made clear on Twitter Thursday morning that he did not say people with COVID-19 should go to work, but that didn't stop liberals from doubling down.

I NEVER said people that are feeling sick should go to work. This is just more Fake News and disinformation put out by the Democrats, in particular MSDNC. Comcast covers the CoronaVirus situation horribly, only looking to do harm to the incredible & successful effort being made!