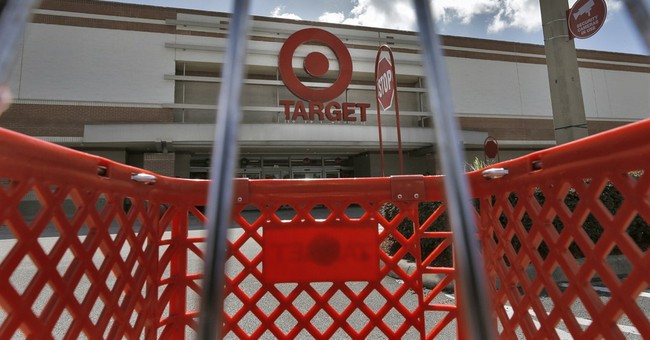 We’ve all experienced it—standing in the checkout line at the grocery store when the clerk asks if you’d like to make a donation to the cause du jour. Sometimes the organization is a household name, other times not. Either way, customers are never given the full picture about how that organization uses its money.

When Dr. David Black was confronted with the question in 2011 at his local grocery store asking for donations to March for Dimes, he obliged without giving it another thought.

To this pro-lifer’s surprise, his wife, former Rep. Diane Black, informed him that the group has ties to Planned Parenthood.

The seemingly mundane incident forced Black, a forensic scientist by training, to question what else he didn’t know.

Out of his curiosity 2ndVote was born—a corporate activism watchdog that researches and exposes what retailers do with your dollars, giving conservatives and Christians the tools they need to shop and donate according to their principles.

While the group started by looking into nonprofits, 2ndVote quickly began to focus on corporations and identified seven conservative and Judeo-Christian values that are under attack: life, religious liberty, marriage, the Second Amendment, immigration, education, and the environment.

To date, the organization has a database of 900 for-profit and nonprofit entities that are ranked on a one (liberal) through five (conservative) scale. Christian and conservative consumers can now shop smarter and easier by utilizing tools on the 2ndVote website and app, such as the Everyday Shopping Guide.

While the organization has data on thousands of other businesses, keeping up with each company and investigating new ones is a costly and time-consuming practice—one that can be further complicated by bad actors.

“One of the things we’ve also found is that these folks just lie. They don’t tell the truth,” Black told Townhall. “We have found situations where a bad actor, radical nonprofit will show they’re supported by a corporation or organization that you’d be surprised by and we’ll contact that organization and they say we don’t support them but they will post their logo and claim they are to get the credibility.”

Other companies will deny supporting particular liberal causes or groups, but the money trail tells a different story—something Black has encountered more than one would think.

“When you get the folks engaged in the behavior they are, and they’ve moved away from Judeo-Christian values, then I think being dishonest is not a very big step,” he said.

There isn’t much that surprises Black about business practices anymore—and Chick-fil-A’s recent decision to stop donating to The Salvation Army and Fellowship of Christian Athletes is no exception.

“The radical left is very persistent, they never give up,” he explained of Chick-fil-A, which now only has a 2.14 2ndVote score. “They never stop, and I cannot imagine the harassment the Cathy family has suffered, and their extended family, their executives and employees—they just don’t give up and although conservatives and Christians have been very good about being loyal to Chick-fil-A… I just wonder too…how many have really sat down and penned a letter to the Cathy family and thanked them for standing by their values.”

As the case of Chick-fil-A demonstrates, companies can change for better or worse at any time.

Speaking about 2ndVote’s impact, however, Black said the organization has had a number of successes over the years that they’re proud of, including Lands’ End dropping abortion radical Gloria Steinem from a 2016 magazine distributed at Easter and helping six Fortune 500 companies stop funding Planned Parenthood. Many conservatives may also remember 2ndVote for the pressure campaign they, along with their allied organizations, launched against Target over its transgender bathroom and fitting room policy, resulting in a hit against their bottom line.

But Target, like some other companies, can be complicated because individual stores may not always follow corporate bad behavior, Black explained. Nevertheless, money flows up and it will take a long time to push back on the “very sophisticated and very deceiving structure” the left has been creating for decades, he added.

While 2ndVote started its mission against leftist activism by attempting to influence the retail and donated dollar, now the group is trying to affect the invested dollar, too. In 2020, Black says the groups will launch an investment firm that will use 2ndVote’s data for investment purposes, which will have three funds—one that will focus on life, another on the Second Amendment, and the third on religious liberty.

2ndVote’s work is made possible through paid memberships and donations, and like any nonprofit, the group could use help in its efforts to educate and empower conservatives and Christians about what’s going on in society—because what’s happening in the background is "very, very troubling,” Black cautioned.

As a combat Marine veteran, however, Black is undeterred by the challenge.

Spending 13 months in Vietnam watching fallen American patriots shipped back home is an imagery that has stayed with him all these years and is a life experience that continues to drive him in the work he does with 2ndVote, he explained.

By using 2ndVote's tools and helping the organization carry out its efforts, conservatives and Christians can join him in the fight, too.