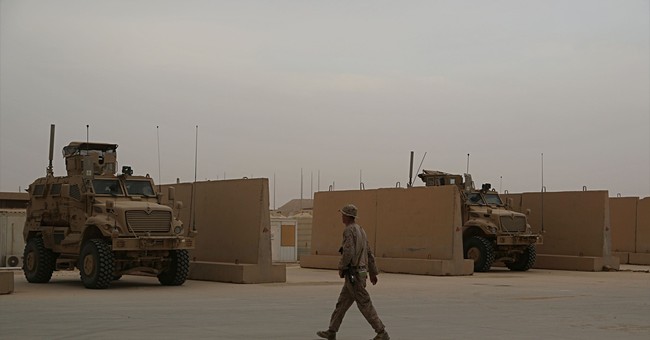 While it was initially reported that the Jan. 8 Iranian attack on Iraqi bases housing U.S. troops caused no casualties or injuries, 11 U.S. service members have been treated for injury.

The troops were airlifted to Germany and Kuwait and underwent treatment for traumatic brain injuries and screening, said Col. Myles Caggins, a spokesman for U.S. military command in Baghdad.

“As previously stated, while no U.S. service members were killed in the Jan. 8 Iranian attack on Al Asad Air base, several were treated for concussion symptoms from the blast and are still being assessed,” Caggins told Defense One.

“Out of an abundance of caution, some service members were transported from Al Asad Air Base, Iraq to Landstuhl Regional Medical Center in Germany, others were sent to Camp Arifjan, Kuwait, for follow-on screening,” he added. “When deemed fit for duty, the service members are expected to return to Iraq following screening. The health and welfare of our personnel is a top priority and we will not discuss any individual’s medical status.”

A separate U.S. defense official speaking on background confirmed eleven Americans had been sent out of Iraq for treatment.

Later Thursday evening, Capt. Bill Urban, spokesman for U.S. Central Command, which oversees all military in the region, confirmed those details in a similar on-the-record statement emailed to reporters.

According to a fourth senior U.S. defense official, “About a week after the attack some service members were still experiencing some symptoms of concussion.” The official expected more information would be released soon. “We only got wind of this in the last 24 hours.”  (Defense One)

Despite speculation that the Iranians deliberately missed killing or seriously injuring U.S. forces to avoid further escalation in the conflict, according to one senior coalition military official, they were very much "shooting to kill."