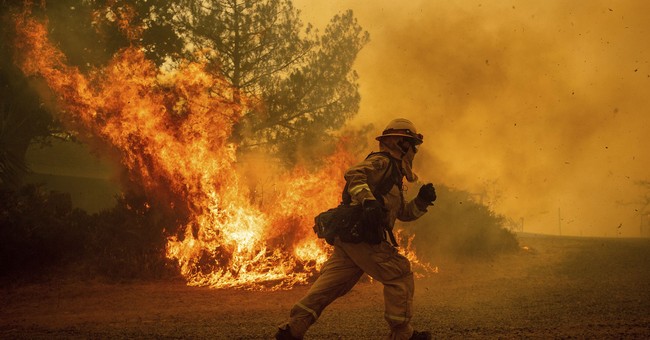 Authorities in New South Wales have arrested two dozen Australians for intentionally setting fires as huge swaths of the country continue to be engulfed by flames.

In a news release issued Monday, the NSW Police Force said legal action has been taken against more than 180 people since late last year. The bushfires have killed 18 people and burned 4.9 million hectares of land, consuming thousands of structures, and millions of animals, the statement said.

Offenders could face a wide variety of penalties including:

News of these arrests come as many on the left have claimed that climate change is to blame.

Australia is on fire. Nearly half a billion animals have been killed with more than 14.5 million acres burned. This is climate change. pic.twitter.com/Mvy6JRe9o2

The catastrophic scenes from Australia's wildfires should alarm all of us. Climate change is driving even more dangerous and destructive fires across the world, from California to New South Wales—and we must fight together to defeat this crisis. https://t.co/DQMd9O75mt

I say to those who are delaying action on climate change: Look at the blood-red sky and unbreathable air in Australia because of raging forest fires.

Our futures are all connected. That is why we must bring the world together and enact a Green New Deal. pic.twitter.com/GBQQpDc4vE

Our entire planet is in the midst of a climate crisis. There is already devastating, irreversible damage happening. We must act swiftly to combat it. https://t.co/kPhVFcb6Dy

Skipping this year's Golden Globes to fight the NSW fires, @russellcrowe got Jennifer Aniston to read out his acceptance speech: “Make no mistake, the tragedy unfolding in Australia is climate-change based.” #australiafires #australiaburns #goldenglobes pic.twitter.com/IFnVhUFJgX