After IG Report, Nunes Tells Schiff 'It Is Clear You Are in Need of Rehab' 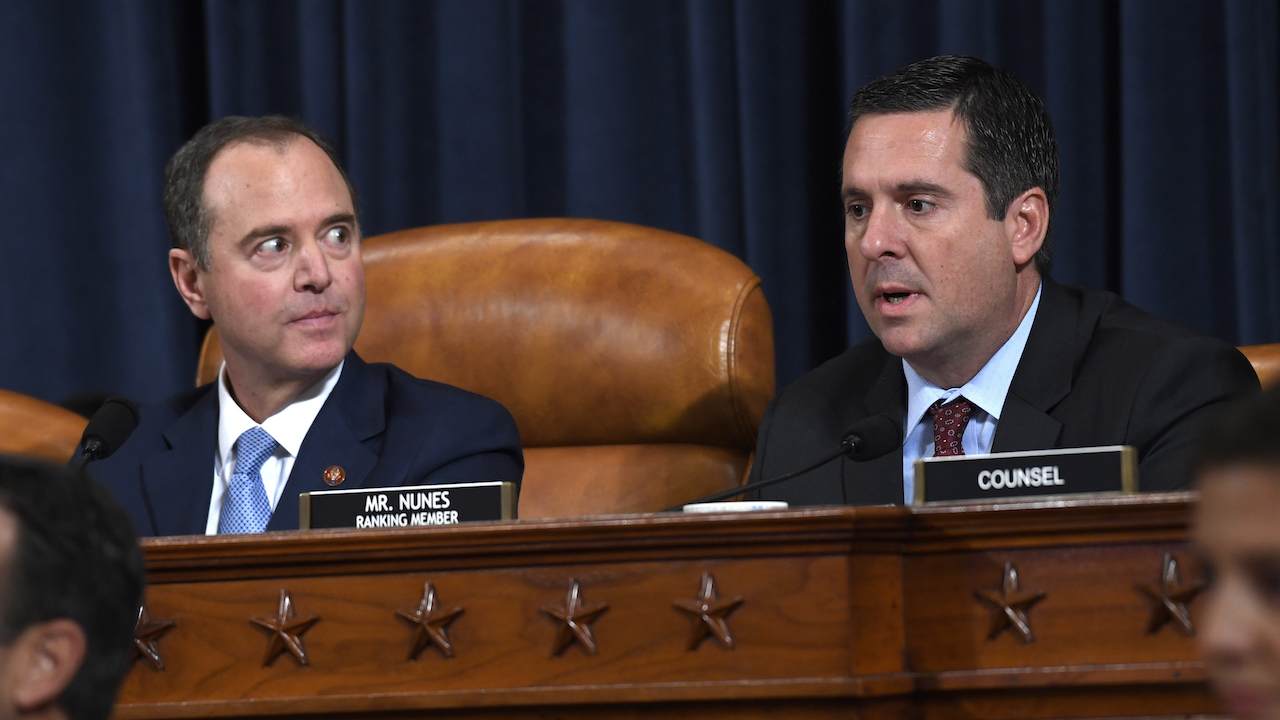 Rep. Devin Nunes (R-CA) told Rep. Adam Schiff (D-CA) in a letter that he “is in need of rehabilitation” after the Department of Justice Inspector General report showed how wrong the House Intelligence chair was about the FBI’s use of a Foreign Intelligence Surveillance Act warrant in the Russia investigation.

Nunes pointed out how the FBI's misconduct documented in the IG report “dramatically contradict” claims Schiff made in a 2018 letter that the DOJ and FBI didn’t “abuse” the FISA process.

He then proceeds to summarize a few of the false claims in Schiff’s memo, including how the DOJ did not rely heavily on information provided by ex-spy Christopher Steele; that the intelligence Steele offered was thoroughly vetted; and that DOJ and FBI officials “did not omit material information from the FISA warrant.”

“After publishing false conclusions of such enormity on a topic directly within this committee’s oversight responsibilities, it is clear you are in need of rehabilitation, and I hope this letter will serve as the first step in that vital process,” Nunes said.

In a press release after the report came out, Schiff acknowledged there were “issues and errors” and “potential misconduct” relating to the FISA warrant. Nunes said this “could be a valuable first step—a baby step, but a step nonetheless—in your rehabilitation.”

In the next breath, however, Nunes said Schiff putting his “full faith” in FBI Director Christopher Wray’s vow to correct the problem and that such reforms be done by “career officials, away from the political arena” is concerning. Moreover, his denunciations of Attorney General Bill Barr and U.S. Attorney John Durham for their reservations about this “makes it clear your rehabilitation will be a long, arduous process.”

“As part of your rehabilitation, it’s crucial that you admit you have a problem—you are hijacking the Intelligence Committee for political purposes while excusing and covering up intelligence agency abuses,” Nunes continued.

He said in conclusion that he refuses to believe Schiff is “beyond redemption” and looks forward to him scheduling an upcoming hearing with Inspector General Horowitz.

Devin Nunes writes letter to Adam Schiff pointing out several serious errors Schiff made in characterizing Steele dossier, Page FISA, more. 'It is clear you are in need of rehabilitation...' pic.twitter.com/qoY3p7EJOo

More Nunes to Schiff: 'It's crucial that you admit you have a problem...' pic.twitter.com/X7nbPXzmau