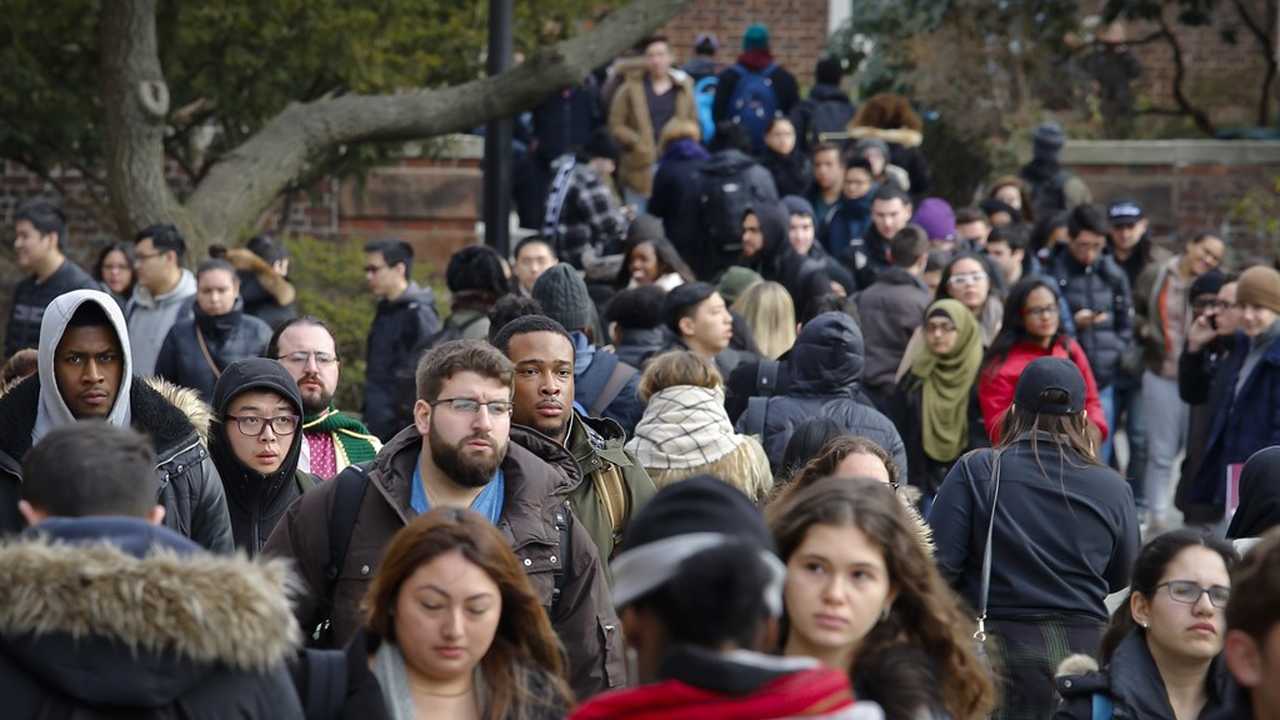 When it comes to free speech on college campuses, there are a lot of bad actors in town, and very few sheriffs. That’s why Nicole Neily was welcomed to the fight by leading First Amendment protection groups when she founded Speech First in 2018.

“I feel like I’m standing on the shoulder of giants,” Neily told Townhall of organizations like the Foundation for Individual Rights in Education (FIRE) and Alliance Defending Freedom (ADF).

There are approximately 4,000 colleges and universities in the United States, according to the Department of Education, and FIRE’s research shows that broadly speaking, nine out of 10 schools maintain policies that restrict free speech.

That means “there are 3,600 bad actors in the country,” Neily said, so the attitude she was greeted with in the community of like-minded activists was: the more help the merrier.

After spending nearly 15-years in the advocacy world, it was her work with reporters at the then-Franklin Center for Government and Public Integrity that led her to realize how many problems there were in higher education --from waste, fraud, and abuse to cronyism, campus speech regulations, and more.

“If anything, it’s way worse than anybody has any idea, and that fascinated me,” she said.

But how would Speech First set itself apart from other groups taking up the fight?

It was a conversation she had with a friend who worked on the Harvard affirmative action case, which focused on whether the admissions process forced Asian Americans to meet a higher standard to be accepted, that made her realize how she could carve out a niche for her yet-to-be-formed organization.

“One thing that’s interesting about that case is how they have structured it. Nobody really wants to be the person who says, ‘I’m Asian, and I didn’t get into Harvard because I’m Asian.’ So it struck me that there might be something there,” she recalls thinking.

“Who is in a position to actually do something about it? It’s students, but students don’t want to be that person because you know you’ll be totally ostracized, you might get a bad grade, and at the end of the day you still want your degree, so you don’t want to rock the boat all that much.”

She realized there would be a way to work on the campus free speech issue while keeping the names of students anonymous. Being a membership association has allowed the group to structure its cases differently, filing them on behalf of students.

“Our cause of action is that students are being chilled,” she said. “Students are actually not expressing themselves; they’re not speaking at all because they fear disciplinary repercussions from their campus. It’s getting at a slightly different part of the problem, and there are frankly so many parts of the problem.”

Concerned students can submit their stories to Speech First through an online portal, allowing Speech First to discern whether it warrants a lawsuit or is an issue where advice on the best way to address the situation with the school’s administration would suffice.

Currently, the organization has two ongoing lawsuits against the University of Texas and the University of Illinois on issues ranging from a verbal harassment ban to policies governing internet and digital use.

The group’s third case against the University of Michigan, which challenged the school’s speech codes and bias response team, was settled at the end of October. The university agreed to abandon its unconstitutional definitions of “harassing” and “bullying” and its Bias Response Team.

Neily said the situation at the University of Michigan was so bad that two freshmen students she spoke with told her they were afraid to openly talk about a constitutional right.

“They discussed politics in their dorm room with the door locked because they feared getting reported,” she said. “And that, to me, is horrifying, that that’s how you feel on campus. They wanted to talk about the Second Amendment, they wanted to discuss a constitutional right and they were scared.”

In a statement after the settlement with the University of Michigan, Neily said she hopes the victory “paves the way for college students who may have been too fearful or intimidated to express their opinions to finally embrace their free speech rights and engage in true academic discourse.”

With the 2020 election rapidly approaching, however, that may be wishful thinking.

“Things are going to start to get really, really tense again,” she said.