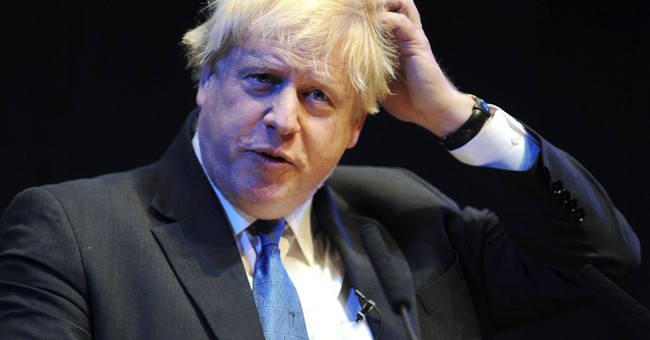 European Union leaders agreed to a Brexit extension on Monday just days before the U.K. was set to leave the E.U.

Prime Minister Boris Johnson, who said he would rather be “dead in a ditch” than let a delay happen, sent EU leaders an unsigned letter earlier this month requesting an extension after lawmakers in Parliament forced him to do so.

Donald Tusk, president of the European Council, granted the request for a "flextension," which means the UK "could leave before the deadline if a deal was approved by Parliament," according to BBC.

The EU27 has agreed that it will accept the UK's request for a #Brexit flextension until 31 January 2020. The decision is expected to be formalised through a written procedure.

EU has agreed #Brexit extension but needs PM to sign off on it before it’s formalised. VERY uncomfortable for die in a ditch Boris Johnson. He has tried to distance himself as much as possible from this new extension he swore he’d never seek .. https://t.co/fuFuh327Ch

UK will not be leaving the EU on October 31. Extension granted until Jan 31. This is the third delay to Brexit. Two under Theresa May (March 29, April 12). One under Boris Johnson (‘Do or die’ on Halloween) https://t.co/oZSeJ3fVUv

So what's in the Brexit flextension agreement? Key points: pic.twitter.com/tDu5fBuyIQ

What many lawmakers and E.U. officials fear above all else is that they will reach this deadline without having agreed a deal at all. This "no deal" Brexit scenario could cause chaos for the U.K. and its neighbors, possibly triggering economic pain, food shortages and civil unrest.

But Parliament is deadlocked because it can't agree which E.U. rules to keep and which to scrap. London has become so closely tied to this continental union that unpicking these will be a complex process.

Meanwhile, Johnson wants an early general election that could secure him the parliamentary majority to deliver his Brexit plans — and perhaps more importantly bolster his power as prime minister. (NBC)