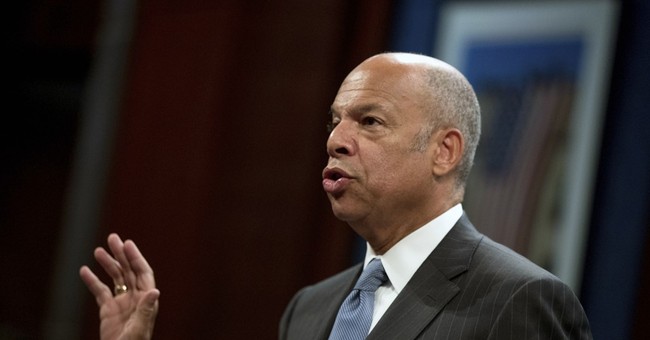 Obama-era Homeland Security Secretary Jeh Johnson called the immigration positions advocated by some Democratic presidential candidates “extreme” and said they will only exacerbate the crisis at the border.

"[W]e cannot, as some Democratic candidates for president now propose, publicly embrace a policy to not deport those who enter or remain in this country illegally unless they commit a crime. This is tantamount to a public declaration (repeated and amplified by smugglers in Central America) that our borders are effectively open to all; this will increase the recent levels of monthly apprehensions at our Southern border — about or more than 100,000 — by multiples,” Johnson wrote in an op-ed for The Washington Post.

“For the same reason, we cannot formally decriminalize unauthorized entry into this country,” he added.

Rejecting the deportation of those here illegally and making illegal border crossings a civil offense are among the immigration policies Democratic presidential candidates have openly discussed, including on the debate stage.

Johnson lamented that it’s part of a trend in politics at large to cater to the “vocal and committed segment” of a party for the accolades.

“Candidates for office now espouse extreme policy proposals that are unworkable and have no hope of winning the broad support of Congress and the people they represent,” he said. “Those who aspire to public office should not espouse campaign promises that have no prospect for success — this is a disservice to our democracy and assumes voters are fools.”

The former DHS chief said any Democratic presidential candidate who would “educate, enlighten, and tell voters the hard truths” would earn his support.