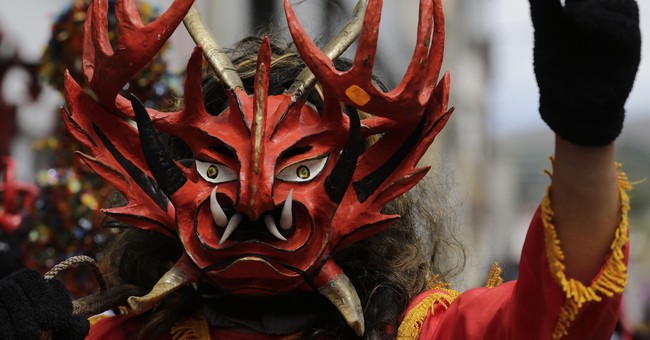 A government meeting in Alaska last week began with a prayer to Satan, leading dozens of officials and attendees to walk out.

Iris Fontana, the Satanic Temple member who won the right to open the government meeting, said in her invocation: “That which will not bend, must break, and that which can be destroyed by truth should never be spared as demise. It is done, hail Satan," reported Kenai radio station KSRM.

Fontana was one of the plaintiffs in a lawsuit by the ACLU of Alaska against the Kenai Peninsula Borough that challenged a 2016 policy requiring people giving the invocations at the meetings to belong to an official group with a presence on Kenai Peninsula.

Anchorage Superior Court Judge Andrew Peterson ruled the invocation policy violated the Alaska Constitution’s establishment clause, which is a mandate banning government from establishing an official religion or the favoring of one belief over another. Article 1, Section 4 of the constitution provides that “no law shall be made respecting an establishment of religion.”

In November, the assembly voted against appealing the Superior Court decision and passed an updated invocation policy allowing more people the ability to give invocations at assembly meetings. (Peninsula Clarion)

Several assembly members walked out of the meeting and a group of approximately 40 protesters gathered outside the meeting.

William Siebenmorgen, one of the protesters, came all the way from Pennsylvania to be at the event.

"God will be pleased with our public prayers of reparation. We want God's blessings on America, not Satan's curses. Lucifer is the eternal loser. Let's keep him out," he told KSRM.