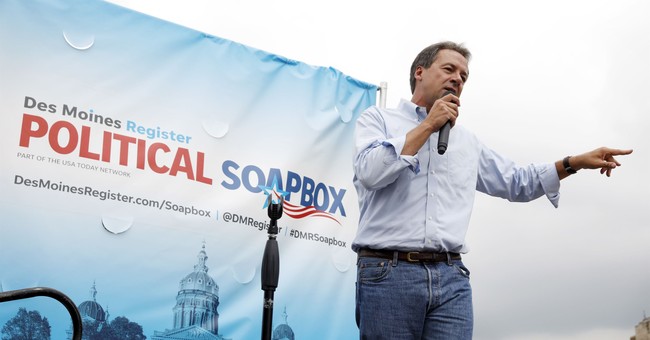 Bullock spoke of his ability to get things done as a progressive in a conservative state.

"As a Democratic governor of a state Trump won by 20 points, I don't have the luxury of just talking to people who agree with me," Bullock said in a video announcement. “I go all across our state’s 147,000 square miles and look for common ground to get things done. That’s how I was able to bring Democrats and Republicans together to fight dark money and pass one of the strongest campaign finance laws in the country.”

This is the fight of our time, and it’s been the fight of my career. It's a big task. So here's my plan: https://t.co/GgdKMqYe2X

To give everyone a fair shot, we must do more than defeat Donald Trump. We have to defeat the corrupt system that keeps people like him in power, and we need a fighter who's done it before.

The state’s former attorney general also expressed his concern that children no longer have the opportunity “to do better than their parents.”

“That’s why we need to defeat Donald Trump in 2020 and defeat the corrupt system that lets campaign money drown out the people’s voice, so we can finally make good on the promise of a fair shot for everyone,” he said.

“This is the fight of our time. It's been the fight of my career,” Bullock added. “I'm running for President and with your help, we will take our democracy back.”

Bullock will cast himself as the Democrat who can reconnect the party with rural voters who have fled to the Republican Party in recent years, and as a champion for campaign finance reform.

As attorney general, he defended Montana's ban on corporate spending in elections after the Supreme Court's Citizens United v. FEC ruling. As governor, he spearheaded an overhaul of campaign finance reform in a state that already has some of the lowest contribution limits in the country. In 2018, he signed an executive order requiring state contractors to disclose contributions to so-called dark money groups.

Bullock faces long odds, and a short window in which to raise money from enough donors to qualify for debates that are just over a month away. He is little-known outside Montana, and he will compete against far more prolific fundraisers for donor dollars.

Bullock, 53, will kick off his campaign later Tuesday at Helena High School.

RNC Communications Director Michael Ahrens said of Bullock's announcement that it's just "another day, another delusional Democrat running for president with no shot at winning."

He continued: "Voters just rejected a liberal candidate who destroyed thousands of their official government emails, and Steve Bullock’s fate won’t be any different.”